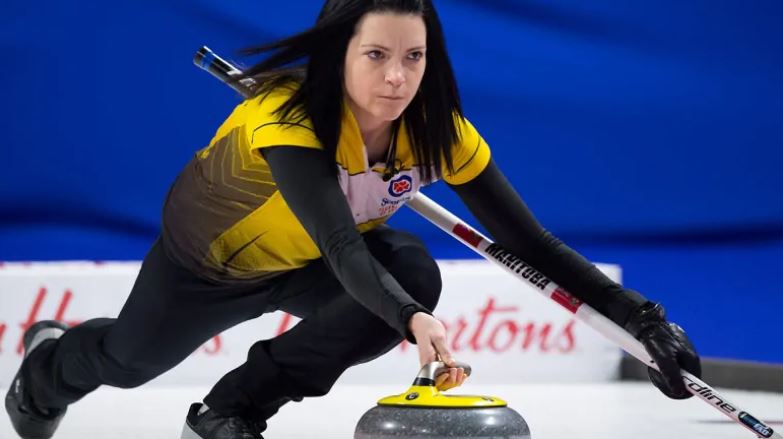 The world women’s curling championship in Prince George, B.C. has been cancelled due to the outbreak of COVID-19.

The 13-country championship was scheduled to start Saturday at the CN centre.

The cancellation means all three major winter sport world championships scheduled for Canada this season are off.

All three major winter sport world championships Canada was to host in March have now been scrapped because of concerns over the spread of the novel coronavirus, now called a pandemic by the World Health Organization.

The world women’s hockey championship in Nova Scotia was called off Saturday and the world figure skating championships in Montreal were taken off the schedule Wednesday.

“It’s with regret we’re announcing it is no longer possible to run this world championship,” World Curling Federation president Kate Caithness said in a statement Thursday.

“However, the safety of our athletes, officials, staff and supporters is paramount which we cannot guarantee with the fast-evolving nature of this worldwide situation.”

“Given the changing global circumstances of the COVID-19 outbreak, including the World Health Organization’s COVID-19 pandemic declaration and the increasing risks of community spread at large public gatherings, we are announcing today that we have recommended to the World Curling Federation that it postpone the 2020 World Women’s Curling Championship in Prince George,” the joint statement from Dix and Henry said.

“We made this decision after careful deliberation with local public health officials and the event organizers. We understand what the championship means to the athletes who have trained hard to compete, but the health of British Columbians is our first priority. We will continue to actively monitor COVID-19 and focus our efforts on containment in British Columbia.”

Einarson, Sweeting and Meilleur would have played in their first world championship.

“Team Canada is extremely disappointed with the news that the 2020 women’s world curling championship has been cancelled,” the team said in a statement posted on its Twitter account.

“We respect the decision made today and understand that the health and safety of all is the most important thing.

“While we were really looking forward to wearing the Maple Leaf in Canada, our thoughts go out to those affected by the virus, our thanks go to all those who have supported Team Canada/Einarson and the event including sponsors, volunteers, officials fans, the people of Prince George, the World Curling Federation and Curling Canada.”

A decision has yet to be made on the men’s world championship March 28 to April 5 in Glasgow, Scotland or April’s world mixed doubles and senior championships in Kelowna, B.C.

But Brad Gushue was not at all confident his team will represent Canada in Glasgow.

“My gut is probably telling me it’s not going to go,” the skip told The Canadian Press from St. John’s, N.L.

“We’ve just seen a report in Scotland they’re advising events over 500 people to cancel. That’s straight from their government which doesn’t seem like a very good sign. It doesn’t look promising.”

This year’s Tim Hortons Brier field in Kingston, Ont., was touted as the best ever, which made winning it feel like a Herculean effort.

“As difficult as it is to get the chance to represent Canada at a world curling championship, to have it taken away from you by an anomaly, a crazy generational kind of event, it just seems like all the good luck you had to win the Brier kind of went away,” Gushue said.

“You’ve got to respect if they’re making the decision to cancel, that it’s warranted and it’s in everybody’s best interest and safety,” Gushue said. “You certainly appreciate that and are thankful for it, but it still doesn’t mean it doesn’t suck.”

This year’s world championships are part of Olympic qualification for 2022.

Ten men’s teams and 10 women’s squads will compete in the 2022 Winter Olympics in Beijing. China is guaranteed a berth as the host country.

Points generated from the 2020 and 2021 world championships were to determine which seven countries join the men’s and women’s fields.

The final two countries for each gender will be determined in an Olympic qualification tournament in 2021.

The number of championships and games wiped out by COVID-19 accelerated Thursday.

The NHL joined the NBA Thursday in suspending the regular season, with minor pro leagues and the Western, Ontario and Quebec major junior leagues following suit.

A list of Canadian international and domestic sporting events impacted by COVID-19: 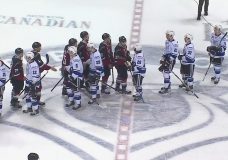