With only one active COVID-19 case should Vancouver Island welcome visitors this summer?

Posted: May 28, 2020 5:30PM | Last Updated: May 28, 2020 6:53PM
CHEK
WatchWith only one active COVID-19 case and not a single positive test in 3 weeks, Vancouver Islanders are wary about allowing visitors this summer. April Lawrence reports.

You won’t likely find any tourists on Victoria’s sidewalks right now, but on Wednesday Premier John Horgan suggested that could change in the months ahead.

“If you want to travel further afield as the situation changes over the summer, I think that’s good for everybody,” he said.

But without a single positive COVID-19 test on Vancouver Island in three weeks, and only one active case, some residents seem wary about allowing visitors in, even if they’re fellow British Columbians.

After months of social distance messaging, that reluctance to have people boarding ferries and planes to come visit the island is normal, according to one psychologist. At this time, BC Ferries is still recommending against non-essential travel.

“Living on the Island kind of gives that notion that we are protected by the water, kind of, and so that gives a sense of safety that is increased so this is why we feel even maybe more protected so we would like to protect even more those natural boundaries,” said UVic Psychology Professor Dr. Frederick Grouzet.

And Dr. Bonnie Henry said Thursday that people will be noticing other British Columbians starting to move around the province a bit more.

“Maybe not this weekend but the next weekend so when camping really gets going,” Henry said.

But some argue having tourists come in and help prop up struggling local businesses is more important now than ever.

“Businesses need the business on one hand and we want people traveling here, but on the other hand we have to be careful, all of these businesses exist in communities and some aren’t going to be ready,” said Tourism Vancouver Island President and CEO Anthony Everett.

But Everett says about 25 per cent of Vancouver Island businesses may not survive until next year, so the thought of having tourists from across Canada able to come visit this summer would be a big benefit.

If that doesn’t happen, he’s strongly encouraging those who do live on Vancouver Island to travel here and support local operators. 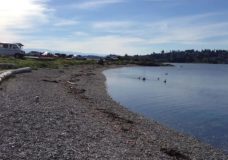 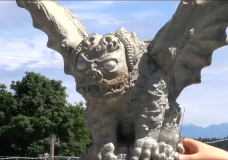