Who’s a good boy? 23 golden retrievers pose for a photo in Nanaimo 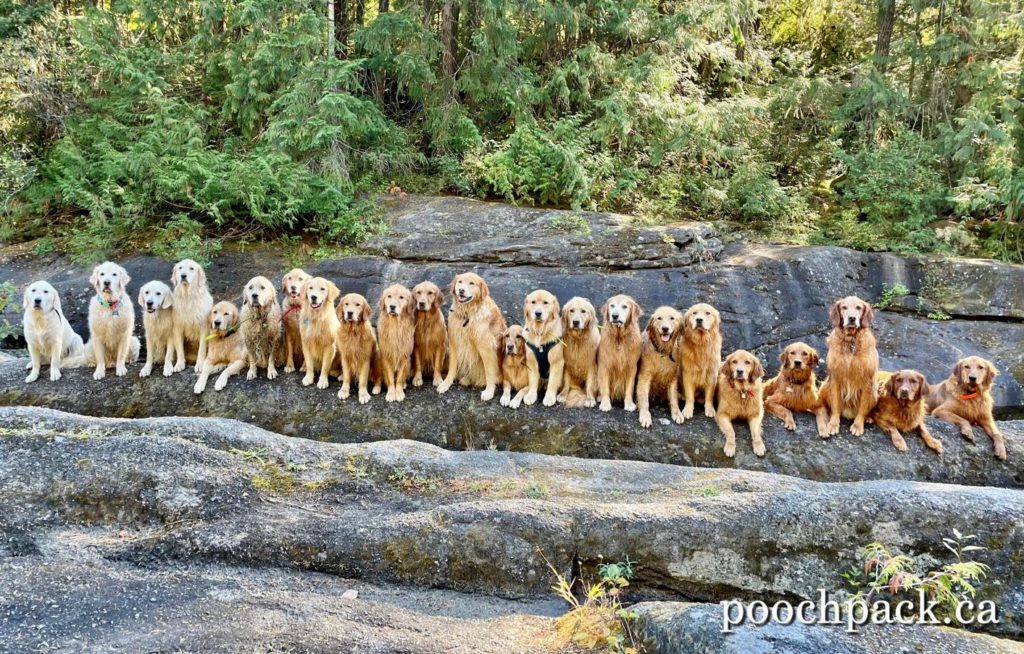 Tails were wagging as 23 golden retrievers lined a giant rock next to Nanaimo River on Wednesday, taking in the October sunshine to pose for an annual photo that’s making people smile.

For 11 years now, Sirett says she and staff from her dog walking company have been taking a group of goldens out for an adventure like no other, culminating the special day with a dip in the river and a group photo.

“It’s a big swim, fetch and fun day for all golden retrievers that hike with us already. They’re already our pack members,” she said.

Sirett says the dogs aren’t afraid to get in front of the camera, especially given their fair share of experience striking a pose.

“So all these goldens have been in a variety of different groups with mixed breeds, so they have gotten used to posing, and they get treats after,” she explained. “Usually, we’re just like, ‘Okay, it’s picture time,’ and they then go look for a ledge or a log or something to pose on.”

While she says it’s “all for fun,” it doesn’t take much for the dogs to figure out what’s happening — and they’re all for it, according to Sirett.

“Because they do know the difference between their kind and other breeds, they don’t care about sharing space and I think they do figure it out.”

Sirett says starting her business in 2011 was the “best decision” she’s ever made, considering her 20-plus years of experience in the dog industry.

“For 11 years now though, I’ve been operating Pooch Pack Adventures,” she said. “I started it from scratch with just a couple of dogs, and now we’re up to probably 150 dogs on the roster.”

She’s also dipped her feet — and her clients’ paws — into charity work, raising thousands in 2015 after selling a photo of 40 dogs on a log, and again earlier this year with 55 dogs on a log for the non-profit Haven Society.

“The main purpose of doing that was to draw attention and create awareness, and we were fundraising for victims of domestic violence that have pets and need a place to go when they are trying to get out of that situation,” Sirett recalled.

“Pets become a huge obstacle for them to leave easily, so sometimes they just stay for months longer because of the sake of their pet.”

A 2015 University of Windsor study found that up to 88 per cent of victims delayed fleeing domestic violence due to pet safety concerns, as shelters often have limited resources and no space for four-legged friends.

The two fundraising feats sit close to Sirett’s heart and will continue as memorable moments in her career, just like the latest golden retriever roundup.

“I’ve had goldens my entire life,” she added. “They’re so easy and they’re just such a friendly dog with humans particularly. They love their hikes too, but river days are definitely their favourite.” 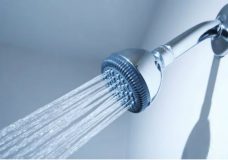 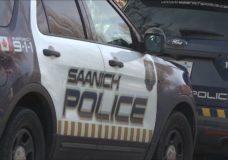