Wheelchair swing removed in Parksville park due to vandals

A wheelchair swing that was meant to make the park accessible has been removed by the City of Parksville from its Community Park.

The city says the swing was becoming an increasingly frequent target of vandals to the point that it couldn’t justify fixing it anymore.

“I’m really ticked off,” said James Barran, Chair of the Parksville Lions Ventureland Playground.  “I’m really disappointed that some people have no respect for anything else.”

The Lions Club installed the swing three years ago for a cost of $15,000.

“We want to include all these kids that are out here,” said Barran. “We don’t want to say well only yours can play here. We want all of them here.”

Initially, kids were playing on the wheelchair swing who shouldn’t have been and then a boy got hurt on it. For liability reasons, the city required it to be locked. Adults could get the code to unlock and use the swing. But then it became a target for vandals.

“During the day they don’t touch it,” said Barran. “But at night time they pick everything up smash the locks off it, throw some of the parts away. Then you got to buy new locks, buy new pieces and have them welded. It’s just a pain.”

So far this year, graffiti and vandalism at the Community Park has cost $10,000 soo the city made the difficult decision to move the swing.

“It’s really a sad thing that it can’t be here for the kids who need it most,” said Parksville resident Carol Blann.

Amira Balatti is among those who enjoyed the increased accessibility.

“It’s important for people like Amira to be able to come out and be a part of everyday life,” said her friend Leann Chislett. “And it makes it really difficult when individuals can’t respect that.”

The Lions Club hopes to bring the swing back one day. 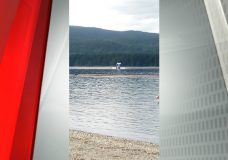 Pilot sent to hospital after plane goes down in Comox Lake 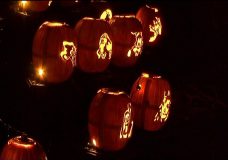