What’s in a name? Saanich distillery faces lawsuit for using Scottish words in its products

The association representing Scotch-Whisky producers in Scotland is taking a legal shot at a Saanich-based distillery for allegedly implying their products are Scottish in origin, according to court documents.

The suit against Macaloney Brewers and Distillers, which also operates under the name Macaloney’s Caledonia Distillery and Twa Dogs Brewery, was jointly filed March 5 by the Scotch Whisky Association (SWA) and Whyte and Mackay Limited, a producer based in Glasgow that sells whisky in British Columbia.

“A small company like us doesn’t need the Scotch Whisky Association, with multinational corporations behind it, taking us to court,” said Graeme Macaloney, founder of Macaloney’s Caledonia Distillery. “It’s very upsetting, distracting and honestly, it’s unmerited.”

The SWA claims the distillery’s branding and marketing is misleading customers into thinking their whiskies are Scotch or originating from Scotland, but Macaloney says that’s not the case.

“We do not and have never used the word Scotch on our Canadian whiskies,” said Graeme Macaloney. “We’re proudly Canadian and all of our branding clearly says we’re Canadian.”

In addition to legal fees, the complainants are demanding in their notice of civil claim that the distillery ceases using the term “Caledonian” to describe its products as well as descriptions that will likely mislead consumers about the geographical origin of the products.

The association claims that Caledonian, a term widely used to refer to items originating from Scotland, is synonymous with the word “Scotch.”

By law, only products that are distilled and matured in Scotland can be described as “Scotch whisky,” according to the suit.

“The Plaintiffs do strongly object to the Defendant’s misleading branding and marketing of its whiskies, which confuses customers, prejudices makers of genuine Scotch Whisky, and dilutes the distinctive character and reputation of the Scotch Whisky geographical indication in Canada,” the notice reads.

Macaloney said the word “Caledonian” in the distillery’s branding, however, refers to “New Caledonia” — A name that was commonly used for parts of the province before it was renamed to British Columbia.

“Whisky connoisseurs love a story behind the whisky. Whether it’s an Irish whisky, a Scotch whisky or a Canadian single malt whisky [like ours],” he said, gesturing to the bottles in the distillery behind him. “They love that story of the founder, the region, what makes it special and different.”

The SWA is also taking issue with the Macaloney name being associated with the whiskies. In the claim, it said the association had sent a letter to Macaloney before the lawsuit was issued, explaining “With the added name ‘Macaloney’, which is of Scottish origin, the trademark ‘Macaloney’s Caledonian Whisky’ for use with whisky is further misleading.”

Macaloney, who immigrated to Canada from Scotland, says that’s unfair.

“It’s a real shame they’re using this bullying tactic to try and stop us using our own names that we’re quite rightly able to use under law.”

In its lawsuit, the SWA said these names are “geographic references to locations in the highlands of Scotland” and both are described as “Island single malt,” a term it claims is understood by British Columbians to mean “Scotch Whiskies produced on the well known islands around the perimeter of the Scottish mainland that are known to produce whisky such as Islay.”

However, Macaloney says ‘Island’ on the label refers to Vancouver Island, where his whiskies are made. The boxes carrying the whisky also have a map of the island on them and read “Canadian Island Single Malt Whisky.”

When he first founded the company, Macaloney says he reached out to the SWA to make sure their labels, which included the words ‘Caledonian’ and ‘Macaloney’ were compliant.

“Yet here we are, five years later, we’re winning awards and now they’re coming after us,” he said.

In a statement, a spokesperson for the Scotch Whisky Association said it routinely takes action to prevent use of “Scottish indications” of origin on products that are not Scotch.

“This is vital to protecting both Scotland’s national drink and to ensuring that consumers across the world are clear about whether or not they are buying whisky that is produced in Scotland,” the association said.

“It’s critical to us to ensure that spirits producers in other countries do not take advantage of the quality reputation of Scotch Whisky that our industry has built up over decades. It is important that anyone who wants to purchase a bottle of Scotch Whisky can do so with the confidence that what they are buying is authentic, and that products which aren’t Scotch Whisky are clearly differentiated.”

The association said Macaloney’s product has the potential to confuse customers.

“We never take legal proceedings lightly, and the SWA is always open to a resolution which protects both the Scotch Whisky trade and consumers without the need for additional legal action.”

The SWA does important, fantastic work in breaking down trade barriers for Scotch producers, Macaloney noted. “But this is not a good use of their time so we’re trying to persuade them [to] please focus on what’s good for the whole industry and not pick on Scottish diaspora across Canada and in the world.”

The distillery has obtained a lawyer and will be fighting the suit in court. 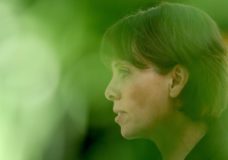 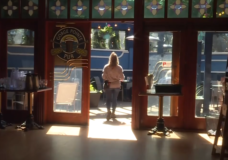