Larry Pynn was enjoying nature, hiking in the North Cowichan Municipal Forest, when the retired environmental reporter literally stumbled on a crime that hit close to his heart.

“To see someone come in like this, it’s shocking and it’s very disappointing,” said Larry Pynn, a Maple Bay resident and Blogger of www.sixmountains.ca

Pynn said he was stunned to find two large and valuable Western Red Cedars were cut and taken away from the remote and protected forest off Stoney Hill Road, along with several smaller trees.

The forest belongs to the people of North Cowichan, and, according to Pynn, it contains over 150 species at risk.

“I just tripped over this one by accident, how many more are out there, so hoping people come forward,” said Pynn.

Friday, there appear to be ATV tracks still imprinted in the mud leading away from the cut cedars and, based on the size of the trees taken, both Pynn and North Cowichan’s Municipal Forester suspect the record-high price of lumber played a factor.

“Recently, within the last couple months, we’ve noticed an increase in a certain area where several trees were taken which is something that we’ve never seen on that scale,” said North Cowichan Municipal Forester Shaun Mason.

“I know the prices of logs are very high in British Columbia right now in lumber and it makes it economical I suppose,” added Pynn.

In February, dozens of trees were cut down in the municipal forest on Mount Sicker.

That was suspected to be firewood theft at the time, but according to North Cowichan’s forester, the card cut appears to be lumber collection.

So Pynn is urging people to be on the lookout, still worried that thieves may be planning to come back for more of the towering cedars in the forest. 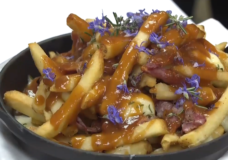 Order Up: Poutine with Purpose 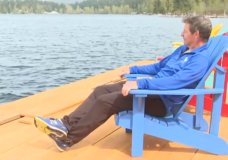