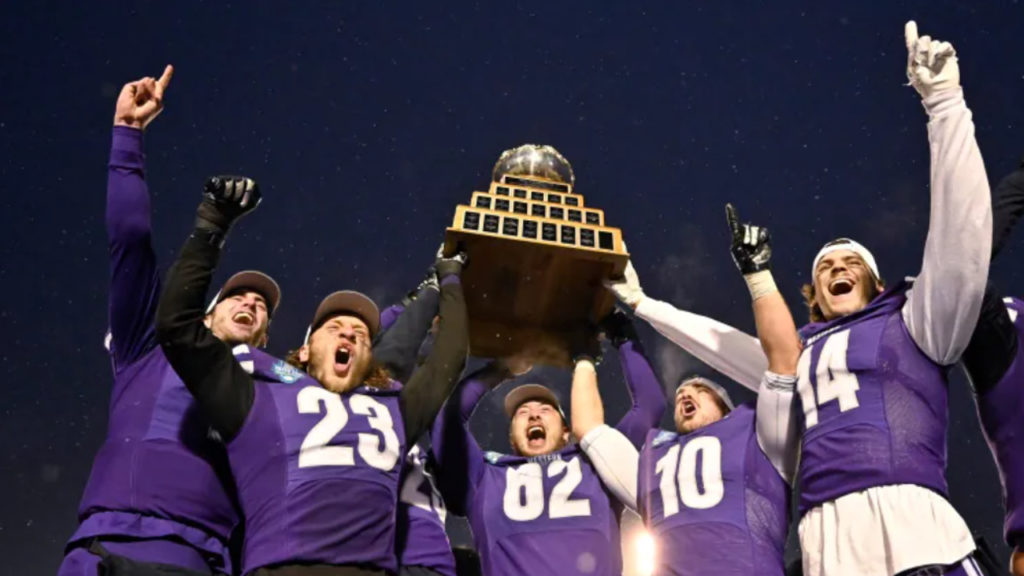 The Western Mustangs defeated the Saskatchewan Huskies 27-21 on Saturday to win the Vanier Cup.

Griffin Campbell caught two touchdown passes for the top-ranked Mustangs in front of 5,605 fans on a cold afternoon at Stade Telus. It was the eighth Canadian university football title in school history.

Saskatchewan led 12-10 at halftime but the Mustangs rebounded after the break. Campbell caught an Evan Hillock pass for a 50-yard touchdown early in the second half to give Western a lead it wouldn’t relinquish.

Hillock, who was named game MVP after completing 18 of 29 passes for 274 yards, also connected with Campbell on a 17-yard TD catch on the last play of the third quarter.

Brian Garrity kicked a 37-yard field goal in the fourth quarter to put Western ahead 27-14.

Josh Ewanchyna scored on a one-yard run with 32 seconds left to give the No. 2 Huskies some faint hope but the Mustangs recovered an onside kick attempt and ran out the clock.

Saskatchewan running back Adam Machart, a first team All-Canadian, was held to only 78 yards on 16 rushes by the Western defence. Huskies quarterback Mason Nyhus completed 28 of 40 passes for 303 yards with one touchdown pass.

With the field icy and hard, Trey Humes returned the opening kickoff for 33 yards to give the Mustangs good field position at their own 40 yard-line.

Just under three minutes later, he ran in from 25 yards out for the first touchdown of the game.

The Huskies had to wait until their third possession to get on the scoreboard. After a pair of three and outs, David Solie kicked a 26-yard field goal to reduce Western’s lead to 7-3.

Saskatchewan took the lead with 9:57 left in the first half when Daniel Perry caught a 22-yard TD pass. The Huskies missed the extra point but still led 9-7.

Garrity kicked a 23-yard field goal late in the second quarter to put Western ahead 10-9. Solie restored the Saskatchewan lead before the half with a 24-yard field goal.

It was the Mustangs’ first Vanier Cup win since defeating Laval in 2017 at Hamilton. 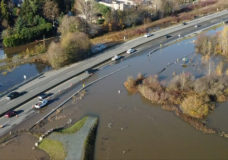 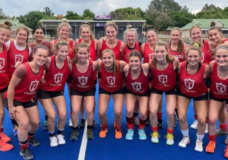