The West Shore RCMP is asking for the public’s help in finding a man who allegedly approached a 12-year-old girl and told her to get in his vehicle, near the area of Bellamy Road and Goldie Avenue in Langford.

Officers say they responded around 4 p.m. Thursday following the report that she was approached by a suspicious male driving a black four-door vehicle, possibly a SUV or van, while she was walking home from school.

As the vehicle approached her police were told the man stopped beside her and yelled out of the drivers’ window telling her to get into the vehicle.  The girl fled to a safe place and called for help right away.

The suspect is described as a white 40-50-year-old man who is bald with some hair on the sides. He has no facial hair and was wearing a grey sweater.

“Police patrols and canvassing for the vehicle and driver are negative so far. Investigators are requesting the driver of the black vehicle and anyone that may witnessed the interactions between driver and the girl to call West Shore RCMP or Crime Stoppers,” said Cpl. Chris Dovell in a statement. 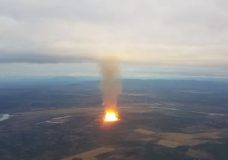 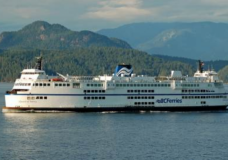