WATCH: West Shore RCMP confirmed Monday afternoon that its Serious Crimes Unit is heading up an investigation involving a daycare and infant under one-year-old. A Langford mother says it was her 11-month-old daughter who had to be airlifted to BC Children’s hospital in Vancouver after suffering a head injury at daycare. Luisa Alvarez reports.

Katie Haywood says she went to pick up her daughter Sophie from her licensed daycare in Langford Friday and staff were cleaning vomit off of her. She was then told Sophie fell and hit her head on the coffee table.

Haywood said when she was going to take Sophie home she kept getting progressively worse. Sophie was just staring off into space, awake but not responsive.

“She was heaving, she couldn’t hold her head up she was limp. Pretty much she was just breathing, like that’s it. It was the scariest moment of my life,” said Haywood.

Haywood says she rushed Sophie to the Westshore Urgent Primary Care Centre where doctors told her Sophie’s symptoms were consistent with a serious head injury. After that was confirmed with tests, they rushed her to Victoria General Hospital.

“They got Sophie onto the stretcher and I just remember my dad saying ‘oh that’s good they sedated her’ and I looked at him and said they haven’t sedated her and his face just dropped,” said Haywood.

At Victoria General Hospital, Sophie was taken into pediatric trauma where they ran more tests confirming the severity of Sophie’s injuries.

“She tore her frenulum which is the piece of skin that connects the lips to the mouth. They did a CT scan on her and they found she had subdural bleeding from the brain and a potential skull fracture,” said Haywood.

Sophie and Katie were airlifted from Victoria General Hospital to BC Children’s Hospital in Vancouver.

Haywood says the Ministry of Children and Family Development is also investigating. She says they were called in because what she told doctors happened to Sophie at daycare is not consistent with the injuries Sophie sustained.

CHEK News reached out to the ministry to confirm there was an investigation underway but were told due to privacy concerns they could not reveal any information.

The West Shore RCMP did, however, confirm there is an investigation underway.

“I can confirm the West Shore RCMP Serious Crimes Unit is heading up an investigation involving a daycare and infant under one year old. Investigators have advised the appropriate authorities with respect to any child safety concerns. The investigation is ongoing,” the statement reads.

The family is currently in the BC Children’s Hospital neurological care centre in Vancouver. A GoFundMe campaign has been started and money raised will go towards the costs of staying in Vancouver and taking time off work while Sophie recovers.

“I mean on Friday we thought she was going to die. I actually asked the doctor is she going to make it and they said we don’t know,” said Haywood.

Nobody involved with the police or the ministry investigation has identified the daycare. Haywood says she has also been advised by her lawyer not to name the daycare at this time. 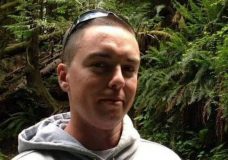 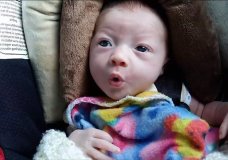