Posted: Jan. 23, 2020 6:07PM
CHEK
WatchRiley Pickrell is representing Canada in Milton, Ontario this weekend as the 19-year-old prepared for a major career milestone.

Whether it’s a lengthy ride or a new canvas, Riley Pickrell’s passion for cycling is crystal clear.

“I paint bikes. It funds my race season and it’s just a hobby I enjoy doing,” said the 19-year-old Pickrell whose training cycling sessions have lasted upwards of eleven hours.

The Victoria native grew up a hockey player but quickly discovered his talent on two wheels. As a young teenager, Pickrell captured multiple provincial titles, eventually rising the ranks to the Canadian development team. This weekend, however, Pickrell takes a major step in his cycling career — his first-ever World Cup event.

As one of the race’s youngest and least experienced cyclists, Pickrell has tempered his expectations.

“We’re gonna get destroyed to be completely honest,” Pickrell continues. “But its gonna be a tonne of fun and we’re gonna come out with stories to tell.”

So amidst the steady climb of a cycling career, Pickrell practices patience. The up-and-coming Canadian cyclist has big goals but understands success is a process.

“In the next three or four years, I really want to win big bike races. In the cycling community it’s called World Tour races,” Pickrell continues. “That’s the big goals, Olympics, of course, are huge [as well].”

The pedalling Picasso also hopes to one day pursue an engineering degree. But, for now, cycling remains the focus. The Canadian Sport School alumnus is planning an upcoming move to Europe in order to train and compete full time. But regardless of what the future holds, Pickrell is simply enjoying the ride.

Pickrell will compete with the Canadian development team at the 2020 Milton Track Cycling World Cup which runs Jan. 24 to 26 in Milton, Ont. 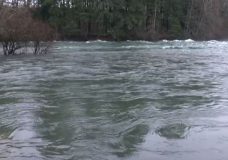 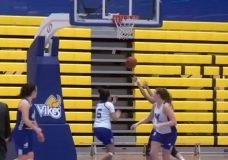