January 24, 2020 updated
CHEK
WatchSuccessive storms have caused rivers and reservoirs to rise on Vancouver Island resulting in BC Hydro warning people to stay away from the Puntledge River in Courtenay and the Campbell River as it releases water from two reservoirs.

Warning signs have been posted along the Puntledge River in Courtenay and the Campbell River urging people to stay away from the slippery banks and fast-moving water.

“We have issued public service advisories to stay away from the Campbell River system (and Puntledge River) especially upriver from the falls because of the risk of slipping and falling into the river system. They’re very dangerous flows,” said BC Hydro spokesperson Stephen Watson.

The water is flowing at about 100 cubic meters a second over the falls, the highest levels since last January.

It’s because of all the rain that’s fallen in the last several days.

“Precipitation is well above average for this time of year,” added Watson. “For us, we’re releasing this water given the storms that have taken place, the reservoir has risen and the storms to come, especially a potential one on Tuesday.”

The high flows can be viewed safely in Campbell River from the Elk Falls Suspension Bridge and viewing platform.

“I’ve lived in Campbell River since I was four and I have brought my Totally Life Changes family, most of them are all from the United States and this is the first time a lot of them have been out of the country,” said Campbell River resident Stefanie Block who had taken a large group to see the falls Thursday. “It’s amazing, we live in such a beautiful place that we take it for granted.”

The high flows are expected to remain in place for a few days. 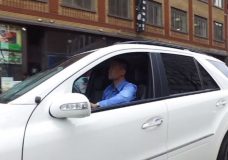 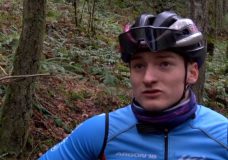