‘We’re asking for a little respect’: Tsawout First Nation holds vigil in Saanich for residential school victims one week since discovery of remains

Dozens of Tsawout First Nation members and other supporters were seen and heard from afar on Friday, wearing bright orange shirts and drumming, singing and praying as they marched over the Pat Bay Highway in Saanich.

It was one of the latest among hundreds of vigils held across Canada to honour the 215 residential school victims whose remains were found last week at the site of a former facility in Kamloops.

The announcement of the discovery sparked countrywide grief, anger and calls for searches in other residential schools.

“This is not news to our people. Our elders have been telling us about what happened in residential schools probably for nearly 100 years now,” said Christine Bird, the education manager of the Tsawout First Nation.

She said it’s time for Canadians to listen.

“It doesn’t matter what they do to us. They will not destroy us. And we will not disappear,” she said.

There’s one more request she has for her people — the opportunity to look into the investigation and bring the bodies home.

“It’s going to be a long road ahead because if you look at the number of residential schools in Canada, Kamloops was just one school,” she said.

The investigation into the remains found in Kamloops is preliminary and the local Indigenous community says they are heavily involved.

More importantly, the community needs to heal, according to the chief of the Tk’emlúps te Secwépemc First Nation Rosanne Casimir.

“We do want an apology. A public apology. Not just for us, but for the world who also shared in those suffrages,” she said.

While some residential schools have been torn down, she said the community wants to keep theirs standing.

“For us, it’s a huge piece of history that we do not want to be forgotten, but something that will be learned from. Learned from of the history and ugly truths,” Casimir said.

Casimir said ceremonies and justice are the top priority right now and there are plans to release a final report on the discovery by the end of June.

A national day of prayer will be held on Sunday.

Support services are available for anyone impacted by the discovery in Kamloops. 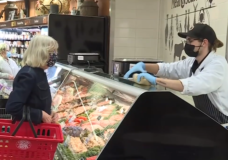 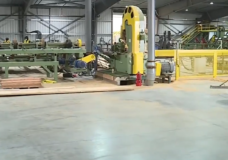