WATCH: Eight years ago Raj Wendland’s 15-year-old son was stabbed to death. Now, his killer could soon be back on the streets. Cory Barry’s application for day parole hearing has been approved two years early. Isabelle Raghem reports.

It’s a crime a B.C. Supreme Court Judge called “horrifying” and “disturbing” during the 2013 trial.

“My heart hurts all the time,” Raj Wendland, Justin’s mother tells CHEK, “[he] would have been twenty-three”

Justin Wendland, 15, was killed at a Victoria bus stop June 2010. The Vic High Student was waiting for a bus to go home on Douglas street in front of the times colonist building when, unprovoked,  39-year old drifter Cory Barry stabbed the teenager twice in the chest.

Convicted killer, Cory Barry was sentenced to life in prison in 2013, with no parole for minimum ten years. But just eight years since the brutal attack, the killer could soon be walking the streets.

“He got life imprisonment which is 25 years and here we are five years after the trial thinking that he may be released on the streets,” says Raj’s partner, Christian Carlson.

Barry has been granted a day parole hearing for February 13.

“He obviously wants people to feel sorry for him and give him another chance, but Justin is not getting any other chances. He doesn’t get to come home, we’ll never get to see him again,” says Carlson.

The Wendland family doesn’t understand why Barry’s application for a hearing was approved two years early. A man they say has never shown remorse, who taunted them in court.

“The last thing he said to us he turned around and said hook me up boss and he looked over and said “I’ll be out in ten years and lifted his head and scoffed at us,” says Justin’s family.

Raj says she is terrified she will have to face her son’s killer on the streets.

“I’m actually pretty scared this is even happening,” she explains, “because he gets to read the names and Victoria is so small we can find each other fairly easy.”

The family plans on attending Barry’s hearing next month, begging the parole board to keep the killer behind bars.

“The justice system is not right, it’s just not fair. He was found guilty, he should do his time,” adds Raj Wendland. 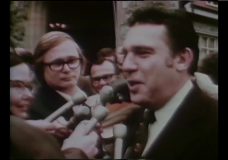 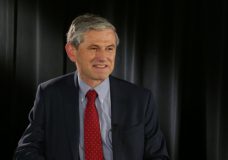