This Week in History: Historic recordings of Indigenous people of the Northwest Coast

The BC Archives has a remarkable group of records, which include 342 sound recordings, 16.8 millimetre textual material, 735 photographs, seven VHS cassettes, and one film.

The collection is called the Ida Halpern fondsafter the ethnomusicologist who worked for decades, beginning in the 1940s, to record the sounds and ceremonies of the Indigenous people of the Northwest Coast of British Columbia.

“She was interested,” says RBCM archivist Genevieve Weber. “From a very early stage in her studies in what she called ‘music of the folk.’  So when she moved to Canada, on her visa application, she said that she was going to study the folk music of Canada.”

Ida Halpern settled in Vancouver and carried her audio gear with her as she visited First Nation communities.

“She recorded the music and ceremonies, cultural ceremonies, of the Indigenous people of the Northwest Coast, so the Kwakwaka’wakw, Nuu-chah-nulth, Haida, some Coast Salish peoples as well, and created a massive collection of songs.”

And while some chiefs and elders weren’t comfortable sharing their cultural ceremonies with settlers, Weber says that many communities realized this was an important opportunity.

“A lot of those communities were realizing there was a divide between the generations. They were concerned that their songs wouldn’t be learned by the newer, younger generations, and that some of that information would be lost.

“So she would go into communities, or invite people into her home in Vancouver, and she would record the songs of their communities.”

The recordings capture stories and share the beliefs, the culture and the governance of the communities.

“In addition to recording the songs and making transcriptions, she also analyzed it, and wrote papers about it, and studied it and really presented it to the world as an important body of music.”

Now, the Royal BC Museum and Archives is nominating these recordings for inscription on the UNESCO Memory of the World register.

“In a similar way that they designate actual geographic sites as having heritage value, they also designate documentary heritage,” says Weber.

“I think we have a fairly good chance. UNESCO has created a new National Register that highlights Canadian documentary heritage that has significance specifically to Canada.

“We want the world to understand what an incredible collection of records that this is, and we want it to be protected.”

Successful candidates for inscription on the Canadian Memory of the World register will be announced in spring 2018. 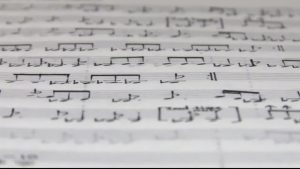 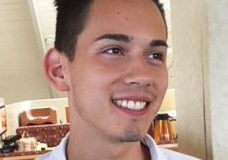 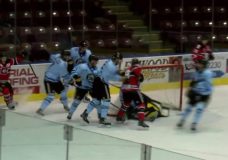 Grizzlies shutout by Centennials at home