Posted: Aug. 11, 2021 5:39PM
CHEK
WatchFully vaccinated Americans are coming back to Canada, but not by sea. That has Victoria ferry operators wondering why are the exception to the border reopening. Kori Sidaway has more.

Nearly a year and a half after Canada shut down its borders due to COVID-19, Monday, Canadian borders reopened to fully vaccinated American travellers.

But somehow, the Coho and Clipper have been left out.

“For all intents and purposes to our passengers, the border is closed,” said David Gudgel, CEO of Clipper Vacations.

Victoria’s designation as a port of entry was revoked during the pandemic, and the operators of the Coho and Clipper ferries were surprised to find out that once borders reopened, that status remains unchanged.

“We’re hearing that it could be up to four weeks before we really have clarity,” said Ryan Burles, president of Black Ball Ferry Line.

The ferry operators say the Canada Border Services Agency (CBSA) is offering no explanation or timeline on when the port can or will reopen.

“We hear it’s a technical issue about verification of COVID vaccinations and testing,” said Burles. “We don’t really understand how that makes sense when you can still cross land borders. We don’t understand.”

Meanwhile, Victoria’s Chamber of Commerce, Destination Greater Victoria, and the city’s mayor are lobbying the federal government to evaluate the issue.

“This affects all of us. This affects our regional economy. I just think it’s a weird oversight. I think it just didn’t catch anyone’s radar, but it’s fixable,” said Victoria Mayor Lisa Helps.

“My hope is that the federal government, before the writ drops, will say in four weeks we’re going to open the marine border at Bellville and that will give everyone enough time to plan.”

The city of Victoria plans to send a letter to the feds, signed by Greater Victoria’s 13 mayors and two First Nation Chiefs whose territory the port sits on, by Thursday.

Meanwhile, the United States hasn’t opened its borders to Canadians. The earliest that could happen is Aug. 21. 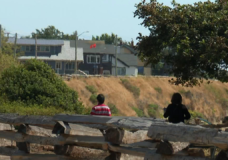 Vancouver Island preparing for the third heat wave of the year 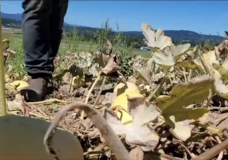 Farmers prepare for another heat wave, fear what extreme conditions mean for crops