Vancouver Island preparing for the third heat wave of the year

Posted: Aug. 11, 2021 5:17PM | Last Updated: Aug. 11, 2021 5:29PM
CHEK
Watch Yet another heat wave is about to hit the Island. The heat in June claimed hundreds of lives, and Vancouver Island is particularly at risk with our elderly population. As Hannah Lepine tells us, communities around the Island are taking the weather warnings seriously, doing what they can to prevent people from overheating.

The City of Victoria has turned a soccer net into a cooling station, this is just one way islanders are preparing for B.C.’s third heat wave of the year.

The Island’s hot spot expecting to get up to 42 degrees on Thursday.

“We are used to the heat in Port Alberni that’s for sure. At the same time it’s challenging when it reaches these temperatures,” says Sharie Minions, the Mayor of Port Alberni.

The city is setting up a cooling station at the Alberni Valley Multiplex and will be handing out water all day long.

“Port Alberni is hotter than the rest of the Island generally, so this is the second time, wait actually the third time we’ve had to open up a cooling centre this summer, and it’s only the second week of August,” says Heather Zenner, the manager of protective service with the City of Port Alberni.

This province has been urging the public to watch for the effects of heat illness.

“It is not anticipated to reach the same levels we experienced in late June, early July this year but we do need to remind people the importance of taking care of themselves, looking out for others during these heat events,” says the Provincial Health Officer, Dr. Bonnie Henry.

Seniors and young kids are the most vulnerable during heatwaves and daycares are also trying their best to keep kids cool, healthy and overall happy.

When asked what the best way to keep cool is, kids at Shining Star Daycare, in Port Alberni say “go to the water park”.

In Sidney, cooling centres are set up, as well, the fire department will be making their rounds this week to ensure all of their older residents are keeping cool and staying hydrated.

“We are the third eldest population demographically in the province and obviously these people have other medical concerns and issues that make them more susceptible to heat stress,” says Sidney fire chief, Brett Mikkelsen.

The hear warning is expected to end Sunday, while it’s not as hot as the previous one, the effects can still be deadly.

Officials say the province’s Emergency Health Services is ready for the increase in call volume but is hoping people stay safe and look out for one another. 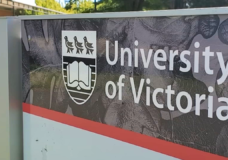 Faculty association calls for mandatory masks and vaccinations at UVic 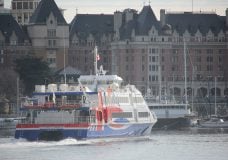