The Snohomish County Sheriff’s Office in Everett, Wash. is scheduled to release new DNA evidence in the unsolved 1987 murder of a Victoria couple who were running an errand in the state.

According to the sheriff’s office, there will be a press conference about the double homicide on April 11 at 11 a.m., which will include “new suspect information from Snapshot DNA phenotyping.” DNA phenotyping technology can be used to predict physical appearance from DNA, including eye, skin and hair colour, facial features and ancestry.

The two Oak Bay High School graduates travelled from Victoria to Port Angeles on Nov. 18, 1987, via the Coho ferry. They had borrowed a van from Cook’s father to pick up some furnace parts for him.

The couple was last seen in the Bremerton-Seattle area. They were reported missing on Nov. 20, 1987.

Van Cuylenborg?s body is discovered in a ditch 20 kilometres south of Bellingham, Wash. on Nov. 24, 1987. She had been sexually assaulted, then shot in the head. Her wallet and keys were found discarded behind a Bellingham tavern the next day and the van was located next to the Bellingham Greyhound bus station.

Van Cylenborg’s father said he believed the couple may have picked up a hitchhiker. No arrests have ever been made in the case.

With files from the Times Colonist

Jay Cook, 20, and his girlfriend Tanya Van Cuylenborg, 18, of Victoria were killed while visiting Washington state 27 years ago. Who killed them remains a mystery. Courtesy of the Times Colonist. 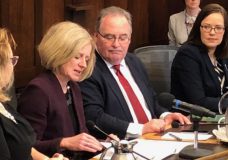 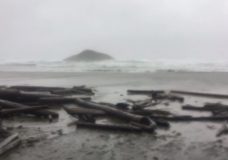