A walk took place in Saanich Sunday, to remember Lindsay Buziak who was stabbed to death in a Saanich home 12-years-ago.

Lindsay’s dad Jeff Buziak and a couple dozen supporters marched along Blanshard street in front of Saanich municipal hall and the police station in the morning. He says the fact people keep showing up to walk in Lindsay’s honour every year mean they want answers too.

“It means the community is concerned, I’ve already talked to a couple people today… who said this is our first time,” said Jeff.

“You know what this is a community matter, we need to come out here, the police need to do something, so that’s really heartwarming.”

Lindsay was stabbed over 40 times in 2008, police believe she was lured to the Gordon Head home by people impersonating prospective buyers.

No arrests have been made, and Jeff has been calling for B.C.’s public safety minister to get involved.

Saanich Police say it’s still an open and active investigation and they continue to appeal to anyone with information to come forward.

They also say that the RCMP recently conducted a review of the Saanich Police investigation to ensure it was achieving national standards. 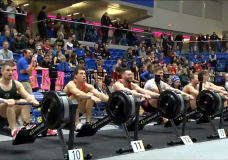 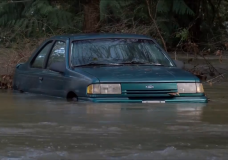 Flooding damage near Nanaimo and in the Cowichan Valley assessed