August 31, 2020 updated
CHEK
WatchPriscila Kumar, 16, has just published, I Remember, a new children's book she not only wrote but also illustrated.

A teenager has created a children’s book that is inspired by a local choir and addresses the often difficult topic of memory loss.

Priscila Kumar, 16, has just published, I Remember, a new children’s book she not only wrote but also illustrated.

“It’s about an elderly lady named Margaret, who’s dementia is in the severe stages, so she finds it hard to do simple, daily tasks and her daughter Rose is becoming increasingly concerned because her mother is spending so much time in isolation,” said Kumar. “So she decides to bring her to a community choir, which is just like Voices in Motion.”

Voices in Motion is a multi-generational choir for people with memory loss that was launched in 2017 by the University of Victoria’s Institute on Aging and Lifelong Health. Created by University of Victoria professor, Debra Sheets, the choir is designed to help remove the fear and stigma associated with dementia.

“I wanted to make a choir that was inter-generational because I’d seen how important it is to bring together younger people with older adults.  Both groups benefit, it helps reduce the stigma of aging, and particularly, there’s a lot of stigma associated with dementia,” Sheets said.

Kumar joined the choir in grade 10.

“I was really nervous because I’d never met someone with dementia before, and I didn’t know anything about it, so I was worried that I would say something offensive, or I would hurt somebody’s feelings,” she said.

But Kumar’s quickly discovered those concerns were unfounded.

“I realized that as long as we’re kind, and accepting, there’s nothing to be worried about and that people with dementia are also very special people who have their own stories to tell, and it’s our duty to listen to them,” she said.

Kumar’s book, I Remember, began as a grade 10 capstone project.

“It was actually her teacher who brought the project to me initially,” says Voices in Motion artistic director Erica Phare-Bergh.  “And I started to look through it and I thought ‘Oh my goodness! This is unbelievable!'”

Phare-Bergh knew she needed to share the moving story with all the choir members. She called for a break during the choir’s rehearsal to have Kumar read I Remember to all the members.

“And there really was not a dry eye in that rehearsal.  Everybody, whether they were a student, a caregiver, or somebody with memory loss, they really related to it,” recalled Phare-Bergh.

Kumar is pleased to know the book may help others.

“I think dementia is not really taught to our generation, so I wanted to make a project that’s accessible to people of all ages. I think, through this children’s book, even young children will be able to understand the topic of dementia more clearly.”

And, because the choir means so much to her, Kumar is donating all proceeds from I Remember to Voices in Motion.

“I hope that, by buying this book, people will know that they’re helping a good cause and that this choir helps so many people,” says Kumar.

I Remember is available at voicesinmotionchoirs.org. 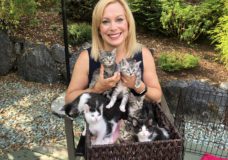 Pet CHEK: Celebrating our one year anniversary with 'Lucky 7' kittens 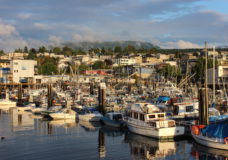