Lloyd Liesch was in the air force during the latter half of the Second World War.

“My ambition was to be a pilot but the war was half over and they weren’t taking pilots anymore,” Liesch explains from his room at Broadmead Care.

So Liesch, who was just 18 when he joined the military, did a lot of different jobs. But spy school was one of the most interesting—and the most terrifying ones.

“I was so naive I didn’t even know what they meant by intelligence!” the senior says with a laugh. “And mercifully, the war ended before I actually had to do the job!”

Liesch is one of the 150 veterans at Veterans Memorial Lodge in Saanich.

“This is, by my impression, the best facility of its kind that I know of,” Liesch says. “The staff, well, they just simply couldn’t be better!”

But the kitchenettes and dining rooms, which are the central gathering place in each lodge, are starting to show their age.

“We are having a lot of wear and tear over the 27 years we have been here, particularly now with COVID and extra sanitation and what not, it has really taken a toll on our kitchens,” explains Broadmead Memorial Lodge director Janet Power.

That’s why Broadmead Care is hoping to raise $150,000 this month through its Serving Smiles Campaign.

“I think it’s very important to make sure we look after these veterans, who actually represented our country in many ways, and have actually and have been there for us,” Power says.

You can bring donations to the Royal Oak and Esquimalt locations or text SMILES to 20222 to give, and help improve the lives of those who gave so much for our freedom—like Liesch.

“Living through the depression, being the oldest of nine siblings, I was basically the boss for as long as I can remember,” Liesch says. “My father was a veterinarian and I saw him being paid with pieces of bridle or a saddle but never any money.” 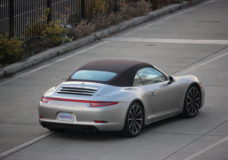 Volkswagen sets Porsche IPO at up to 9.4 billion euros 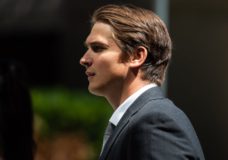