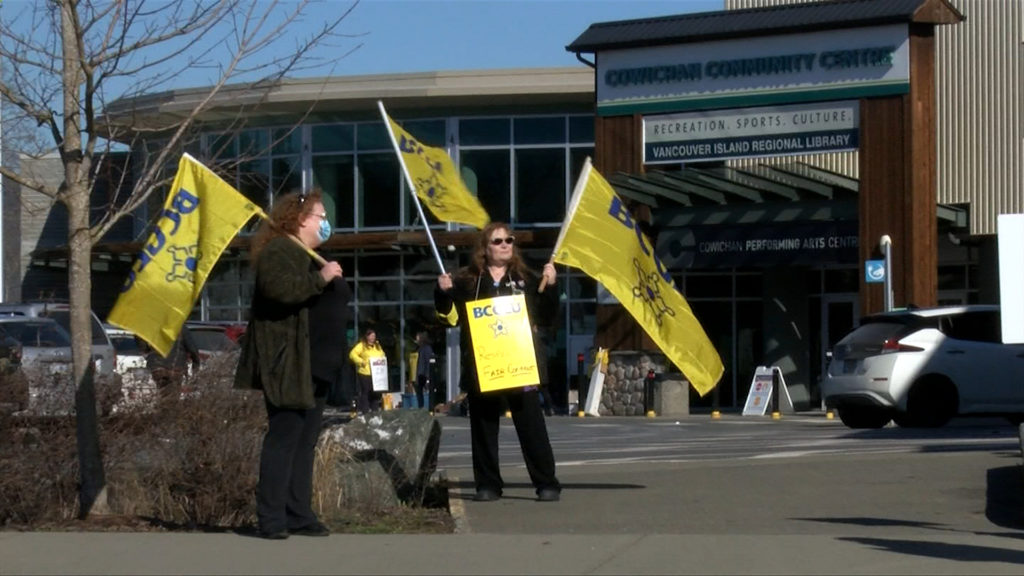 CHEK
Librarians at the Vancouver Island Regional Library set up a picket line today after rejecting the latest offer by the library. (CHEK News)

Unionized librarians with the Vancouver Island Regional Library are on the picket line.

Members of the BC General Employees’ Union (BCGEU) began picketing at VIRL’s Cowichan Branch in North Cowichan, near the Duncan border, on Wednesday morning, the first planned job action taken since the union issued a strike notice on Feb. 28. The picket will be in effect from 9 a.m. to 8 p.m., according to the union.

“We did everything we could to not end up getting to a point of job action, and we want to make sure that our branches stay open because we understand that there’s a huge need in our community, particularly for vulnerable folks from families,” Seper said in an interview with CHEK. “But it was important to us that our wages be addressed and our working conditions be addressed at the bargaining table.”

Seper said at the moment, the librarians are looking at doing rotating strikes at different locations until an agreement can be reached.

“Our wages historically over the years have not kept up with cost of living increases,” Seper said. “Particularly right now with inflation so out of control and cost of living on the rise it’s really important for our members that we do get a fair wage increase.”

Librarian assistants, who are represented by CUPE, joined the picket line at the Cowichan Branch today.

VIRL librarians and other employees represented by the BCGEU have been without a contract since December 2020 and negotiations for a new contract have been ongoing since September 2021.

“To be clear: librarians do not want to picket – they want to be at work serving their communities,” Stephanie Smith, BCGEU president, said in a statement. “Our members’ demands are fair and reasonable. VIRL has the power to end our job action and restore library services for the people of the Cowichan Valley. ”

The union is seeking wage increases to align with the cost of living, other libraries in the province and to reflect the added challenges the pandemic has brought to their jobs. They are also calling on the VIRL Board of Trustees to encourage the employer to provide a fair offer and return to negotiations.

Rotating strikes have begun @VI_Library as librarians from Sooke to Haida Gwaii who are represented by @bcgeu take job action for better pay & working conditions. Wednesday the Cowichan location is behind picket line. Workers say others will follow in days to come @CHEK_News pic.twitter.com/ifyd6dAYO4

In a statement on March 7, VIRL said after their previous offer was rejected, BCGEU members countered with an offer higher than what had previously been requested.

“With picketing slated to commence later this week, the British Columbia General Employees’ Union (BCGEU) Local 702 has counter offered with wage increases greater than those the union had previously identified it would accept,” the statement says. “Vancouver Island Regional Library (VIRL) is disappointed that BCGEU appears to be moving away from the opportunity to achieve an agreement which is in the interest of all parties.”

BCGEU Local 702 represents 12 per cent of workers at the VIRL, representing professional librarians and colleagues who work at 20 of 39 branches, and in information technology, collections, and support services divisions.

Pickets are expected at other VIRL branches in the future. 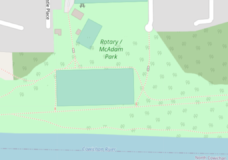 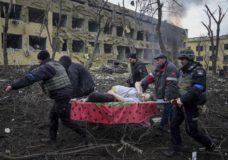