Posted: Jan. 9, 2020 9:31PM | Last Updated: Jan. 10, 2020 11:55AM
CHEK
WatchDozens gathered at the University of Victoria after 23-year-old commerce student Roja Omidbakhsh was killed in the tragic plane crash in Iran. Many are remembering her as kind and loved. Julian Kolsut reports.

A vigil was held at the University of Victoria Thursday evening after a young commerce student was killed in the tragic plane crash in Iran.

Roja Omidbakhsh, 23, started her bachelor’s degree in commerce this year and is being remembered as very kind and greatly liked among her peers.

Rezvani is on the board for the school’s Iranian Student’s Society and other Iranian students told him a lot about her.

“She was from Persian society, she was someone who was living in the town… it couldn’t be worse, any of us could be on that flight.”

Cheryl Thomas previously taught in Iran for eight years but is now a sessional instructor at UVic. One of her previous students now studying in Halifax was on the flight. She had also heard about Roja in the faculty.

“She was a sweet girl,” said Thomas.

“She was just a sweet girl. And the students loved her and loved working with her, and so it’s a shock for all of them.”

Dozens were at the gathering, NDP MP Laurel Collins was also in attendance. Those attending also remembered the many others killed.

Roja was one of 138 passengers en-route to Canada on Ukranian Airlines flight PS752 destined for Kyiv. Onboard was 63 Canadian citizens, and among the victims were families, newlyweds and many from the academic community.

“The academic community has taken a huge hit across Canada… and when someone young is killed it’s such wasted potential,” said Thomas.

Students on campus were shocked when they found out someone from campus was in the crash.

“It’s very tragic and I understand a lot of people around campus are really upset by it, I myself think it is very tragic, I am from Alberta and lots of people from outside the town where I live were on that flight,” said one student.

“That’s really shocking I mean I had no idea,” said another.

The private gathering was organized by the school’s Graduate Student’s Society. Their chair Mehdi Hashemi says they just hope some answers will come.

Many were left with even more questions after U.S. Intelligence said the aircraft was shot down while flying in Iran.

“I think the incident was really disturbing and distressing and concerning and sad and tragic for all of us,” said Hashemi on Wednesday.

“I think we all hope the truth behind the incident is found and we know why it happened. I think there are so many families who are waiting for an answer.”

The local Iranian-Canadian community is also struggling to cope with the recent rise in tensions in the region.

They hope there is no more escalation in the conflict. 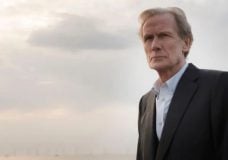