Posted: Jan. 8, 2020 6:35PM
CHEK
WatchWith tensions in Iran at a boiling point Victoria's Iranian Community says it is scared. They say there is already fallout from the conflict, and worry things could get worse. And as Julian Kolsut found out experts say this may not be the end.

Iranians in Victoria are hoping the conflict in their home country will cool down, after retaliation by the Middle Eastern power.

The U.S. said they killed Qasem Soleimani, who is from the Islamic Revolutionary Guard Corps and commander of their Quds Force after they received information about him planning threats against high ranking American officials.

“Of course we are all worried, we are watching the news constantly and having conversations among ourselves,” said Taaj Daliran, an Iranian-Canadian.

The community is trying to cope with the latest chaos.

“We are concerned about our families, about our friends, about our loved ones still living in that country and many of my friends are still going back to the country to visit their relatives or to visit their families and they are worried,” said Iranian-Canadian Mehdi Hashemi, a PhD candidate from the University of Victoria.

But the fallout has hit here at home, Some Iranian Canadians say they were detained and interrogated at the Peace Arch border crossing for several hours when heading to the United States.

“[I was] completely upset, they saw the kids over there who were crying with no water,” said Sam Sadr.

“I have minimized my travel to the United States,” said Daliran.

“I have not had any pleasure trips over there, I have even cancelled some of the conferences I planned to go to.”

“It has a negative impact to individuals, but also in our relations our industries, our businesses, and even government relations,” added Daliran.

“Things like racism hatred and all that start to increase, and I really hope that we can remain united as Canadians.,” said Hashemi.

Some experts say the situation has a potential to get worse, and are unsure what could happen next.

“I think he chances of it escalating are really high,” said Kenneth Christie, a professor and head of  the Human Security and Peace-building Programs at Royal Roads University.

“We really don’t know what’s happening inside Iran, we know the Iranians are extremely upset. I am uncertain why the United States took this action at the moment, it might be to deflect from domestic politics.” 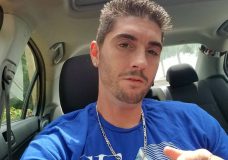 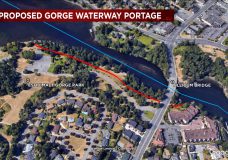