Pandora bike lanes open to the delight of Victoria cyclists

The corridor on Pandora from Cook to Store street is part of the city?s $9 million bike lane initiative.

There are new traffic signals for cyclists and vehicle drivers will no longer be able to make right-hand turns on red lights.

The City of Victoria is hopeful that protected bike lanes will increase safety and encourage more people to cycle.

The Greater Victoria Cycling Coalition says it’s just a matter of getting people used to the changes.

“People are pretty used to turning right on red so that’ll take a little bit, it’s a very different operation then it was even this morning,” says Corey Burger with the Coalition.

The project has been opposed by some downtown businesses who are concerned about the loss of parking and loading zones, and worried months of construction will mean big losses.

“This is so this is a learning phase, and I know the city is really taking that to heart and engaging with their businesses a lot more, which they need to be,” says Kerri Milton with the Downtown Victoria Business Association.

The city is hopeful the protected lanes will encourage people to trade their four wheels for two wheels.

The project is the first of five biking corridors that will be built in Victoria by the end of 2018, click here for the details. 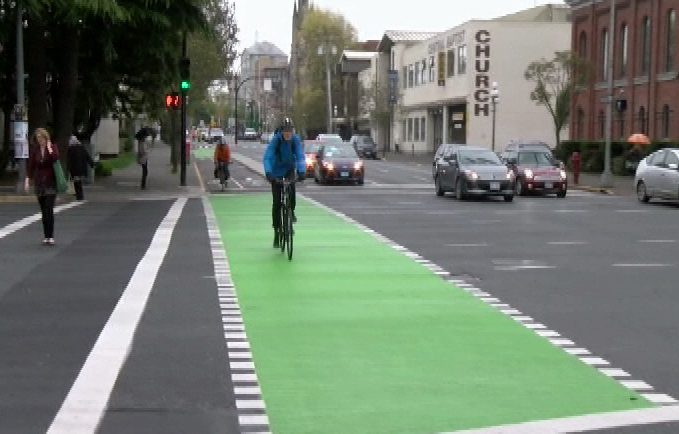 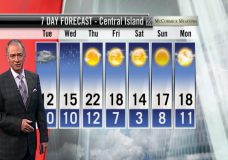 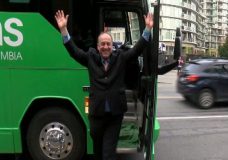