WATCH: Yesterday’s 4/20 event drew hundreds outside the B.C. Legislature, the first legal event of its kind in Victoria. But organizers already have their sights set on a new venue. Aaron Guillen reports.

It’s the home for many sports games in the South Island.

Royal Athletic Park boasts a clean field, and an open space where teams can practice and play in a natural grass stadium.

And this might be the new home for next year’s 4/20 event in Victoria.

“We would love to go to Royal Athletic Park,” says Ted Smith, organizer of Victoria’s 4/20 event.

“It would be adults only, we could have vendors there, charge a bit of money so we could get really good bands to play music and have an awesome large world-class event there.”

The park is known to host special events such as the annual Rifflandia Festival and the Great Canadian Beer Festival.

It seems most attendees at today’s soccer game don’t mind the new idea.

“It’s like a family event for adults anyways, so I wouldn’t mind if it was here,” says Albert Smith, a passerby.

“You’re inside there [Royal Athletic Park] and everybody’s there, rather than everybody being all over the place over there [BC Legislature],” says Carl Voyageur, a regular attendee of 4/20.

But the biggest problem facing Smith and his team is the Clean Air Bylaw, which bans the burning of any substance, including cannabis, in playing fields, playgrounds and public squares.

Local authorities chose not to enforce the clean air bylaw.

But for the future, Smith will be in talks with the CRD to see if they can bring their grass to the green field.

Until then, he says legalization is just the beginning.

“I’ve got years work ahead of me,” says Smith.

“I wish legalization could mean I could sit back and relax and have some fun, but I‘ve got years of this civil war still going.” 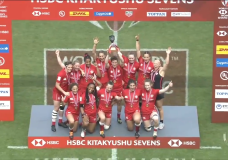 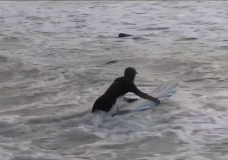