WATCH:  A surfer was saved in a dramatic rescue near Jordan River earlier this week. It was in the dark of night and how it all went down, can only be described as an act of bravery. Luisa Alvarez reports.

The wave of surfers flocking to Jordan River is growing.

“There are a lot more people the internet has changed the whole thing,” said Anthony Beale who has been surfing in the area over 30 years.

It’s a coveted spot by many who love the sport but as appealing as the rolling swells are the remote area can be extremely dangerous.

“Basically you shouldn’t come out without any experience or knowledge,” said Beale.

Not only do the rocks add extra risk to inexperienced surfers it has a river that flows into the ocean adding to the current.

“If you get into it you are going to get swept way out to sea,” said Emily Ballard with Tofino Surf School.

Thursday night for one novice surfer that current almost proved deadly after going out alone at sunset.

Luckily for him, the sound of his screams carried from afar, and back at home Donovan Ray’s two-year-old daughter heard his cry for help.

Ray called 9-1-1 at around 9 p.m. but Sooke SAR was unable to respond and the coast guard was more than an hour away. Time was running out because the man’s screams had already stopped.

“They asked me if I was competent and I said yeah and they said go,” said Ray.

Ray suited up and went out into the darkness.

“I had no idea where he was or what direction he was I just kept my eyes closed and kept paddling out and kept listening and finally I heard a little yell,” said Ray.

He found the man just in time.

“He was barely keeping his head above water when I got to him,” said Ray.

Ray estimates the man had been out for nearly two hours.

“He was cramped he wasn’t able to paddle or do anything, big guy, I estimate around 280 pounds at least,” said Ray.

With help from Steve Sparr, another local, who Ray says also joined in to help they paddled the man back to shore in the dark still fighting the current.

Ray says it took them about 30 minutes to get back. Sooke RCMP and members of the Shirley Fire Department were waiting on the shore but the coast guard still hadn’t arrived.

“He said to me he thought he was going to die,” said Ray.

If it wasn’t for Ray’s 30 years experience out on the water he probably would have.

But Ray says the next person might not be so lucky.

“you are on your own when you come out here so you better know what you are doing and you better know how to pull yourself out of something because somebody might not always be there to help you,” said Ray.

“Unless you are a really experienced surfer it’s not a good place to just paddle out if you don’t know what you are doing,” said Ballard. 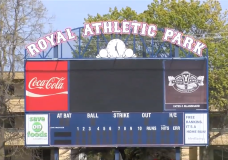 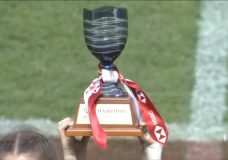