Cecily Killam was diagnosed with mental health issues when she was 13-years-old.

“It can be scary,” says Killam, who is now 24-years-old.  “There’s a lot of unknowns and even my family, they weren’t too sure where to go, where to seek help.”

Killam found the help she needed at the Victoria Youth Clinic, which is open for all youth aged 12 to 24 for medical, mental health and substance abuse issues. She’s been going to the clinic for the last 10 years and says she doesn’t know what she would have done without it.

“When you have a crisis that’s urgent, you really need someone to listen to you and take you seriously but also come from a place of empathy and compassion and you get that here at the youth clinic,” Killam says.

The Victoria Youth Clinic just moved to a brand new space in downtown Victoria where it’s expanded thanks to a $3 million investment from the Children’s Health Foundation of Vancouver Island.

“In Victoria, there are many youth and families who are really struggling here,” says Dr. Jennifer Lee of the Victoria Youth Clinic. “We’re seeing a high instance of mental health issues ? anxiety and depression, as well as many youth who struggle with substance abuse issues and we also know youth, find it difficult to access health care.”

That’s why the provincial government is giving the facility funding to become the newest Foundry centre ? a centralized wellness hub with suicide prevention, Island Health, counselling and other partners on site.

“Having it as a one-stop shop for youth is really important,” says Victoria Youth Centre executive director Barb Thompson. “Youth don’t want to go to different areas of the city to get their care. They want to have one space.”

Since one in five youth have a mental health or substance abuse issue but as few as 20 per cent of those struggling seek help, stakeholders are hoping the new and improved centre will help change that. It’s the reason Killam is speaking out.

“The biggest and scariest part is just initially asking for help,” she says. “It’s the scariest but biggest step you can make and all the rest of them are little steps and it gets easier.” 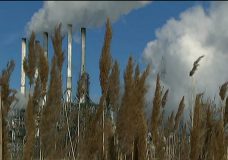 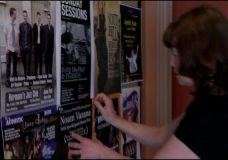