Posted: Aug. 30, 2019 5:34PM
CHEK
WatchThere are more than 750 people waiting for an organ donation in this province. Sadly, 27 people died last year waiting. But a Victoria woman is hoping to raise awareness about being a living organ donor — by donating a kidney to a total stranger. Tess van Straaten has her inspiring story.

During storytime at Ross Bay Preschool, owner Kim Thorsen is in her element with the kids as she prepares for a big moment in her own personal story.

The Victoria mom is donating a kidney to a total stranger.

“It’s actually been on my bucket list, which is a random, not a normal thing,” Thorsen said.

“When I first started this I asked friends if they would do the same and I finally had to stop asking that because I was really surprised by the answers.”

Altruistic donors are incredibly rare. Of the 335 kidney transplants in B.C. last year, 100 were from living donors. But only four of those donations went to total strangers.

Thorsen said she’s been a huge advocate of organ donation since high school when one of her teammates was tragically killed in a car crash.

“Seven of her organ were donated and saved seven different people’s lives, including giving someone the gift of sight,” Thorsen said.

Living donations have a higher success rate and last longer. And while there’s a small risk, like with any surgery, the procedure is very safe.

“It is comparable I’ve been told to a C-section I, which I’ve had, so I sort of know what I’m in for,” Thorsen said.

Recovery time is about four to six weeks and Thorsen will have to take time off work. She’s also had to go through a rigorous testing process, and she says lots of people have questioned her choice.

“I realize it’s out of worry for me,” Thorsen said.

As a living donor, Thorsen would go to the top of the transplant list in the rare event she needed a transplant. And even though she had no doubts before, Kim recently learned her kidney will most likely go to a child.

“I’d be okay helping anyone, but knowing it might help a child is amazing,” Thorsen said. 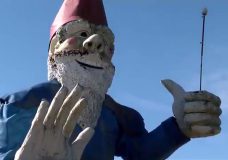 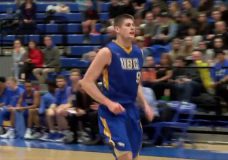