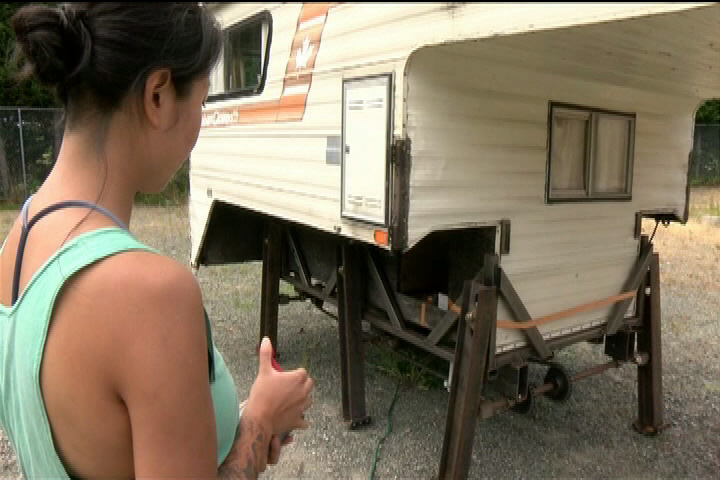 WATCH: One person’s junk has become a Victoria woman’s innovation. With a love for kinetic sculptures, Xiao Xue has given an old camper new life. It’s no longer riding on wheels, but it’s now walking on six legs. Andy Neal has the story.

With the flick of a switch, Xioa Xue’s walking camper goes in motion.

Xue earned her bachelor?s degree in studio arts at the University of Victoria and put together her invention after she received the camper from an acquaintance who had no use for it.
“It cost him more money to get rid of it,” Xue said.

“So this truck became a symbol for human-made parasitic relationship, then I was thinking about what could we possibly do about it.”

After she received the camper last September, Xue went to work. She welded six legs onto the camper and in April, it took its first steps.

Xue’s inspiration comes from a personal story of a friend who lost his leg in a forest fire incident.

“I wanted to make it walk like someone who lost the capability of walking before,” Xue said.

“I want it to walk like someone who is in rehabilitation and that they’re working very slow, hesitant, trying to be brave but at the same time being scared of the pain of walking.”

The camper weighs over 1,700 pounds and Xue hopes anyone who sees her sculpture will appreciate what building materials can handle.

“After they see this they go into the parking lot, jump in their car, which is like compact with so many electrical and mechanical parts, and then they drive away at 60 miles an hour,” Xue said.
“I’m like that’s way more crazy than this.”

Now that it’s complete, Xue is waiting to see what the next steps are for her latest art.

“It’s ready to go by itself, it’s almost like you have a baby, but I feel like this baby has grown up enough that it can make its own decisions,? Xue said.

Xue will attend the University of Guelph for her masters in the fall, and her focus is about developing more work.

As for her walking camper, only time will tell what home it stumbles onto. 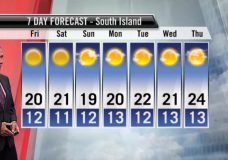 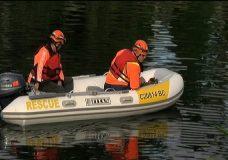 Search called off for man missing in Courtenay River