The City has decided instead to produce a broadcast that will air later this summer that focuses on reflection. The future broadcast will be guided by the Lekwungen people and will feature local artists in order to explore the idea of what it means to be Canadian.

The decision was made by council due to the recent discovery of the graves of children at a former residential school in Kamloops.

“As First Nations mourn and in light of the challenging moment we are in as a Canadian nation following the discovery of the remains of 215 children at a former Residential School, Council has decided to take the time to explore new possibilities, instead of the previously planned virtual Canada Day broadcast,” said Victoria Mayor Lisa Helps.

Since the discovery of the remains of 215 children at a residential school, there have been renewed calls across the country to cancel the celebration of Canada Day, with the topic trending on social media platforms at times.

Victoria City Council, who voted for the change during a Committee of the Whole meeting on Thursday, outlines that “now is a time where the City can take leadership and provide an opportunity for thoughtful reflection and examination” of the definition of being a Canadian in light of recent events.

This will mark the second year in a row where Canada Day has a different feel in Victoria as celebrations were significantly altered last summer due to the COVID-19 pandemic.

Although the City of Victoria has cancelled its virtual celebration, others on Vancouver Island are going ahead in partnership with local First Nations.

“We’ve been able to add First Nations component to the beginning of the performance, to pay homage to what’s happened. And thought it was important to continue with what we’ve done. But to include even more first nations participation,” said Edgett. 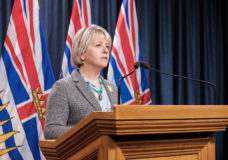 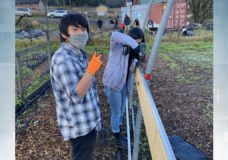