For more than 150 years the Songhees First Nation has lived on the fringe of Victoria, pushed off their unceded, ancestral land by colonial settlers.

“Songhees Nation lives on 67 acres of land out in Esquimalt. We have a couple of islands off Oak Bay, but I’m standing in our territory,” said Songhees Nation Chief Ron Sam, speaking from Centennial Square.

In the long path to re-entering their territory, on Friday there was a show of unprecedented support.

“The province and Canada consider municipalities as make or break. We can either get in the way or stand in support. We’re choosing to stand in support,” said Victoria Mayor Lisa Helps.

For the first time in its history, the City of Victoria is publicly backing the Nation’s ongoing land claim negotiations with the province.

The Songhees Nation has been locked in negotiations with the province, feds, and a myriad of municipalities in the Greater Victoria area for 25 years, over land claims.

All are centrally located prime property.

“It puts us back in the heart of our territory. It gives us the opportunity to give economic wealth for our community,” said Chief Sam.

If the properties are acquired through the treaty process, city zoning, bylaws, and property taxes wouldn’t apply, but the specific services agreements with Victoria are still to be worked out, as is the treaty itself.

The Songhees Nation hopes to have the entire process wrapped in three years.

“It’s possible to stand with nations and support them in the treaty process,” said Mayor Helps.

Victoria’s mayor hopes the move today will push other municipalities to follow the capital city’s lead. 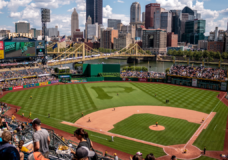 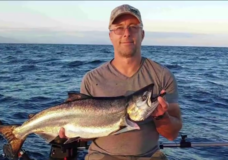