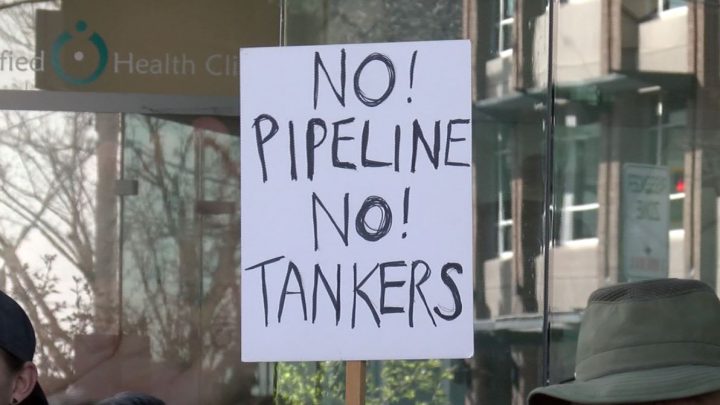 A ‘No Pipeline No Tankers’ sign at a protest held in Victoria in March opposing the Trans Mountain pipeline expansion project. Another protest is planned Thursday at 5:30 at Victoria’s Inner Harbour. File photo.

A rally starting at Victoria’s Inner Harbour will be held Thursday night in opposition to Ottawa’s decision to buy the Kinder Morgan pipeline expansion project.

A Facebook page hosted by opponents of the pipeline twinning is calling on other pipeline opponents to say no to the “Kinder Morgan buyout” and to the federal government spending $4.5 billion to take over the project.

On Tuesday, federal Finance Minister Bill Morneau announced Ottawa is spending $4.5 billion to take over the project, saying the money represents a fair price for Canadians and will create jobs and economic advantages in Canada.

But with Canadian taxpayers on the hook for the project estimated to be over $7 billion, there has been fierce debate across the country.

The protest in Victoria is in response to other rallies in Canada opposing the pipeline being built and the government’s take-over of the project for environmental and Indigenous rights reasons.

Rally organizers say it begins at 5:30 p.m. and are calling on the hundreds who plan to join the protest to bring pots, pans and other noisemakers, along with signs and symbols of resistance.

Twinning the pipeline from Edmonton to Burnaby for export overseas would triple the capacity of bitumen flowing through the line.

Kinder Morgan has agreed to help the government find another buyer over the next two months but has said the estimated $7.4 billion cost of the project is likely out of date.

The company decided to stop work and spending on the project because of delays in April and set a May 31 deadline for governments to assure them the project would be completed.

University of Alberta School of Business Dean Joseph Doucet says investors will find the pipeline attractive to buy, but not until it is constructed and oil begins flowing. 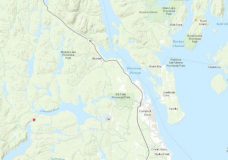 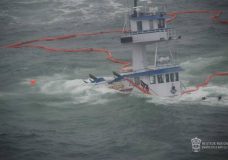