Posted: Jan. 15, 2021 6:19PM
File Photo
Joanne Newell is spending her winter worrying about the return of summer and the dreadful humming noise it may bring with it.

Joanne Newell is spending her winter worrying about the return of summer and the dreadful humming noise it may bring with it.

“It’s a very chronic, high-pitched hum that gets in your head and it just, it sticks,” said Newell, who lives in Victoria. “What I found is it was so debilitating for me, I would have to get on my bicycle and leave the neighbourhood altogether.”

Newell said she could hear it no matter where she was in her house, as soon as temperatures hit 18 C or higher.

The loud, continuous noise was coming from a chiller unit on top of a nearby long-term care facility, the Summit, on Hillside Avenue.

The Capital Regional Hospital District (CRHD) board voted Wednesday to invest up to $30,000 to install a sound attenuator kit that would reduce the noise.

After hearing complaints from more than 50 residents in the area, the CRHD did decibel tests and made tonal adjustments.

Decibel testing was done at night in September and the CRHD found the noise level was within bylaws.

Barnes noted that he understands residents were concerned the humming noise was louder during the summer in higher temperatures and they weren’t able to replicate those conditions for their testing.

“We feel both the tonal adjustments and the further measure of the sound attenuation kit will help to further reduce the noise being produced,” he added, noting the facility is, regardless, exempt under Victoria bylaws.

It’s going to take up to ten weeks to install the sound attenuator and, although it is a welcome change for residents, they aren’t holding their breath.

“We’re not engineers but we are concerned this won’t be enough because the sound was really, really debilitating for us — the tone and the volume,” said Kathy Gillis, who lives in the affected neighbourhood. “If it doesn’t work… we could be faced with noise starting as early as April and May.”

It’s taken months to get to this stage, Gillis noted, and they’re worried that if the noise returns, they may end up waiting another year before more is done.

“What would really give us the most comfort is to know they have a backup plan in place,” she said. “So if this doesn’t work, they can be ready to go back to the board and say ‘this is what we need to do, this is the equipment and this is the amount of money we need to do that.'”

Staff is planning on doing another decibel test – in consultation with the residents – after the sound attenuator is installed and reporting back to the CRHD.

The staff report on Wednesday, however, notes that the manufacturers of the chillers have advised them that once the kit is up and running, the “CRHD will have all noise reduction measures available to it so no further action can be undertaken by CRHD.”

Newell said she’s disappointed in the report saying nothing more can be done.

“It just makes me want to cry,” she said. “If they say this is all we can do and there are no further solutions being addressed then I can’t live here.”

Barnes said he isn’t entirely ruling out further actions, but “the residents [need] to also appreciate that we’re not going to be able to reduce the noise to zero so there is going to be some noise but we hope that we can get it to an acceptable level.” 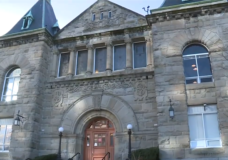 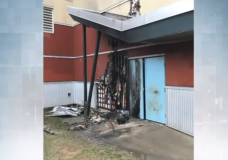