Posted: Jan. 15, 2021 5:57PM
File Photo
The BC Prosecution Service has announced changes to how Indigenous people are treated in the criminal justice system.

The BC Prosecution Service has announced changes to how Indigenous people are treated in the criminal justice system.

The changes are aimed at increasing fairness and reducing the over-representation of First Nations people being incarcerated.

First Nations people make up just over 4 per cent of the population in Canada but 30 per cent of adults incarcerated are Indigenous.

“Across the board, we know Indigenous people are over-policed, they’re overcharged, they’re over prosecuted and when they’re found guilty, they’re sentenced to longer terms,” said Doug White, former Snuneymuxw Chief and member of the First Nations Justice Council, which played a large role in forming the new guidelines.

The new policies meant to guide prosecutors when they deal with Indigenous people range from how to assess charges, alternatives to prosecution, resolution discussions and new guidance for bail conditions.

“They are to ensure that whenever we engage with Indigenous persons we keep uppermost in our minds the disadvantages and unique cultural and historical background that may have brought the Indigenous person into conflict with the criminal justice system,” said Dan McLaughlin, BC Prosecution Service Communications Counsel.

Changes to the way Indigenous people are sentenced is also part of the new policy.

“They’re sentenced to longer terms and when they’re serving those sentences they face more onerous conditions,” added White. “They’re classified at a higher risk level, so instead of minimum, they’re at medium or at high risk and often subjected to solitary confinement more than others.”

More details on the policy changes can be found here. 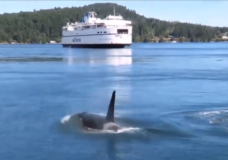 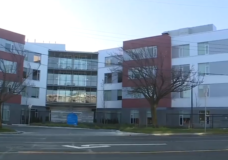