Victoria records one of coldest temperatures ever for month of April

Victoria hit a new low, literally, for the month of April when temperatures plummeted to -1.7 degrees Celsius on Easter Sunday.

It’s the coldest April 17 to ever be recorded at the Victoria International Airport since records began in 1941, according to Environment and Climate Change Canada historical data.

The low, which was recorded at the airport weather station at around 6 a.m., is also one of the chilliest April days ever recorded.

According to Victoria Weather Records, it’s tied for the ninth-coldest April day.

It’s the latest in a string of new daily cold records set this month, which has been much chillier and stormier than normal.

Snow fell on parts of Vancouver Island, including Greater Victoria, last week — even sticking to the ground for several hours in some spots on the South Island.

Further north, the mid-April snowstorm blanketed the Comox Valley and northern Vancouver Island, with a stretch of the North Island highway bearing the brunt of higher accumulations.

Blustery conditions and below-seasonal temperatures have been the norm so far this month thanks to a stormier-than-normal spring, capping off seven months of less-than-ideal weather.

“Since September, basically, the west coast has been in an active pattern,” explains Environment and Climate Change Canada meteorologist Bobby Sekhon. “It’s really been one thing after another.”

And all the wild weather is taking a toll on trees.

We’ve seen damage from the snow loads this year,” says Davey Tree Service arborist and district manager Dan Sharp. “We’ve seen a lot of damage from flooding, where the trees sat in saturated soils for too long and that actually damages the roots.”

That damage means it takes less wind to bring a tree down and it makes them more susceptible to to bugs and fungus in the future.

“It’s important to keep close eye on your plants, addressing issues quickly and not allowing them to compound because that’s when you really start to see fatal injuries to trees,” Sharp advises.

Expected wind speeds of up to 100 kilometres an hour on Easter Monday prompted Environment Canada to issue a warning for western Vancouver Island, Greater Victoria, and the east Island from Nanoose Bay to Campbell River.

Power was knocked out to thousands of BC Hydro customers and high winds also led to the cancellation of several BC Ferries sailings. 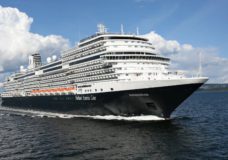 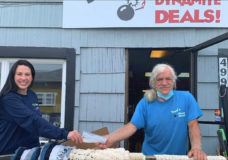