Environment Canada issued wind warnings for the east and west coasts of Vancouver Island as well as Greater Victoria, saying the incremental weather would last throughout the morning.

On East Vancouver Island and in Greater Victoria, Environment Canada says that winds will range between 70-90 km/hr on Monday morning, bringing a risk of tree limb breakage and power outages.

The agency said that strong southeasterly winds developed ahead of an approaching weather system and the strong winds were expected to hit coastal regions near the Strait of Georgia and the Haro Strait, including Nanaimo, Campbell River, Courtenay, Comox and Greater Victoria.

As a result of winds along the east coast, BC Ferries opted to cancel multiple sailings.

“Our Customer Service Centre will contact customers with bookings on these cancelled sailings to let them know if we have space available to fit them on an alternate sailing later in the day, or if their booking must be cancelled,” reads a statement from BC Ferries.

BC Ferries said traffic was expected to peak this afternoon as people head home from holiday.

Ferries spokeswoman Deborah Marshall said extra sailings were added but they were dependent on sufficient numbers of staff available to ensure the vessels meet Transport Canada rules. She also says COVID-19 has been impacting staff levels as workers are calling in sick.

No ferries were cancelled on the Swartz Bay-Tsawwassen route.

Heavy winds are also battering the west coast of Vancouver Island on Monday, with Environment Canada stating winds could clock up to 100 km/hr.

The adverse weather calmed down by Monday afternoon. 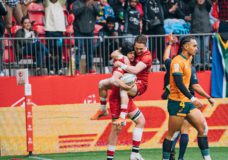 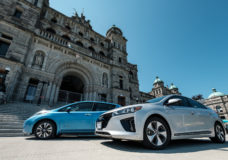