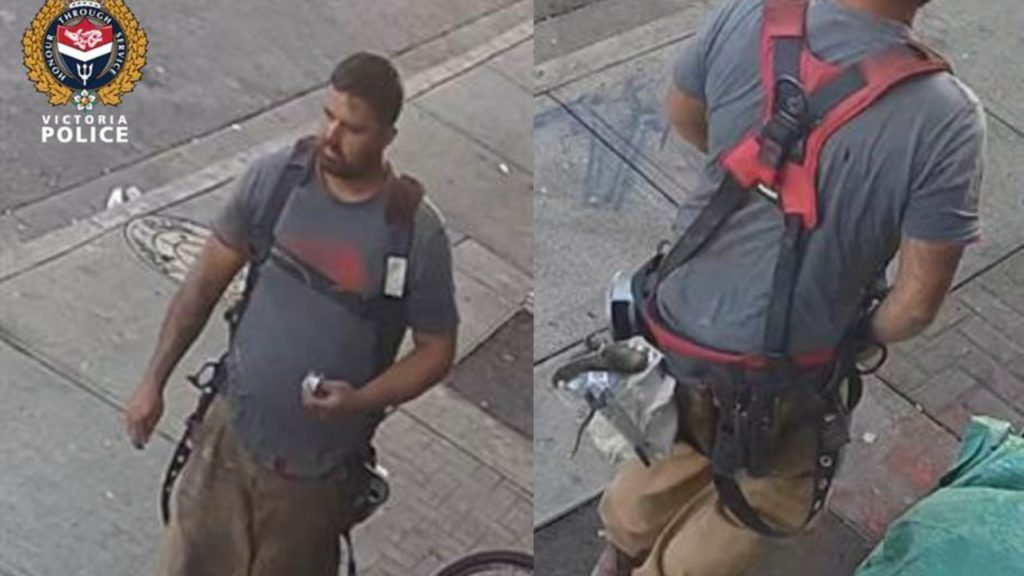 Victoria Police are reaching out to the public for help in an effort to identify a suspect involved in the theft of B.C. Emergency Health Services (BCEHS) medical equipment.

According to police, the theft occurred on the morning of Friday, August 6 when BCEHS paramedics reported that a case containing medical equipment was stolen while they were on the job.

Paramedics say they were providing medical assistance to a patient in the 500-block of Ellice Street when the theft took place.

The case of equipment was later recovered, however, some items within the case were missing and police note that the cost of replacing the equipment is significant.

After investigating, Victoria Police have identified a suspect involved in the theft.

The man is described as 25 to 35 years old, standing six feet tall with a heavy build, weighing approximately 220 pounds. At the time of the theft, he had short, dark brown hair and a brown goatee.

He was wearing work boots, dirty tan work pants, a greyish blue t-shirt with a red logo on the front, and a distinctive black and redwork harness and toolkit.

Anyone with information about this incident is being asked to call the Victoria Police non-emergency line at (250) 995-7654. 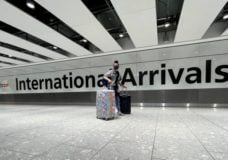 Canada to be added to U.K.'s 'green' travel list 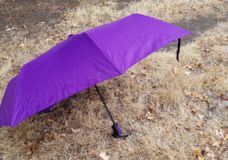 Opinion: I Wish It Would Rain