WATCH: Victoria police say they have recovered a couple of stolen cars that were shipped to Africa.

Victoria police say they have recovered a couple of stolen cars that were shipped to Africa.

He attributed to thefts to organized crime.

“They’re being shipped to Africa, the Republic of [the] Congo, and ultimately, to Senegal,” Manak said. “So, working with all those agencies and Interpol, and police agencies… we were able to recover a couple of the vehicles… these are high-end vehicles worth over $60,000 each.”

According to the Insurance Bureau of Canada, vehicle thefts in B.C. increased by two per cent from 2016 to 2018. In Ontario, they went up by 15 per cent and in Quebec, they increased by seven per cent.

Kee said that some vehicles are, in effect, stolen-to-order for customers overseas.

“In B.C., we believe that these [stolen vehicles] go out of the country, sometimes down to Seattle and… [Asia]. In eastern Canada, Ontario, Quebec, and the east coast, those tend to go towards Europe,” he said.

Experts suggest parking in well-lit areas, locking your doors and not leaving valuables visible inside. 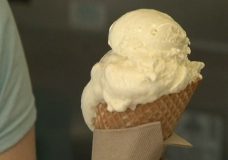 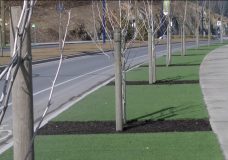