“Our children are getting sick and they’re bringing it home,” Elizabete Costa says. “I have to isolate my child from my parents who are 82 and my 14-year-old son who is double vaccinated but so am I. If I can get it from the 10-year-old, everyone else can get it.”

The Victoria lawyer just found out she tested positive for COVID, after initially receiving an inconclusive result last week when her son, Lucas tested positive.

“When I picked him up from school he said he had a tickle in his throat,” she explains. “Because they spent most of the time outside, I thought it was environmental allergies.”

Antihistamines relieved the symptoms but by the next evening, Lucas had a high fever and terrible cough — and so did Elizabete.

They immediately isolated and told the school Lucas was sick and then updated the school two days later when his test came back positive.

“The reply from the school was, ‘we may not have to tell anyone,” Elizabete says. “We must wait for public health to tell us what to do, which is abhorrent. They have a duty of care.”

MORE: B.C. teachers want data on COVID-19 in schools to be publicly available

According to the crowd-sourced BC School COVID Tracker Facebook page, there have now been at least 23 school exposures on Vancouver Island alone — nearly double the number posted just two days ago.

“I’m highly concerned,” says Greater Victoria Teachers’ Association president Winona Waldron. “It seems this time around there’s a lack of transparency on where exposures are. I’m also hearing from parents and teachers who are aware of exposures in their schools, and those schools don’t necessarily match what the district is telling us so that’s quite concerning.”

Without safety measures in place like last year such as cohorts and staggered start times, educators are worried about what the fall will bring.

“The majority of people in elementary schools are not vaccinated because they’re under the age of 12 and so I’m worried about those kids and what we’re going to see,” Waldron says.

As for Lucas, Elizabete isn’t sure if she’ll send him back to school once he recovers. 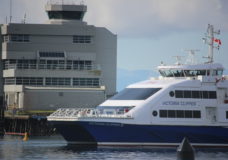 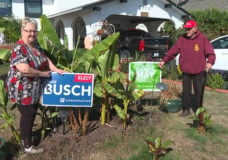