WATCH: While many Islanders spend a lifetime running marathons, a Victoria man is walking the race of his life. Ceilidh Millar reports.

Victoria resident Ray Protti is gearing up for the spring marathon season.

“I work out twice a week with a personal trainer,” explained Protti. “I play golf and I try to get in some sort of exercise every day.”

Today, the spry 71-year-old is lacing up for a different kind of race.

Protti is joining other Canadians across the country to complete a six-minute marathon in an effort to raise awareness for a rare but fatal lung disease.

“Six minutes is a viable length of time to determine whether or not your lungs are using oxygen efficiently.”

Protti suffers from Idiopathic Pulmonary Fibrosis or IPF which causes progressive scarring of the lungs – a disease that affects 30,000 Canadians.

With no known cause, it’s often misdiagnosed as Ashtma because the symptoms are similar.

Other than a lung transplant, there’s no cure for IPF and more than 5,000 Canadians die from the disease every year.

It took Protti nearly four years to be properly diagnosed.

“If you have moderate to severe [IPF] then you’re on oxygen,” explained Protti.  “That will certainly be my future at some point.”

There are drugs that help slow the progression of scaring in the lungs, but the treatment is upwards of 4,000 a month.

The drugs are also not covered under the province’s health care.

“B.C. is the only province that doesn’t cover this drug in their drug plan.”

It’s an uphill battle, but Protti isn’t giving up – “I‘m really one of the lucky ones” he said.

At the Kool Oay Bay Half Marathon today, Protti completed his six-minute marathon with his family.

He was the last to start but the first to finish the race and he’s already planning for next year.

“I want to do it again next year without oxygen” Protti said with a smile. 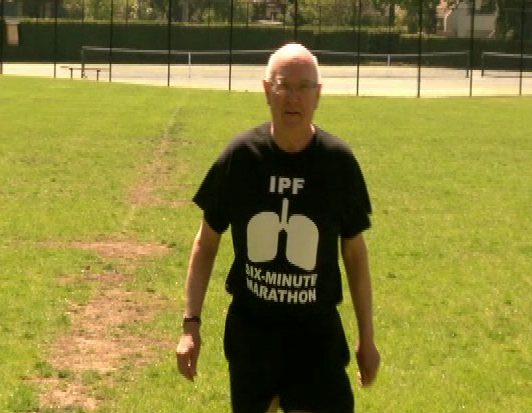 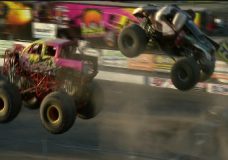 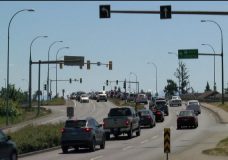