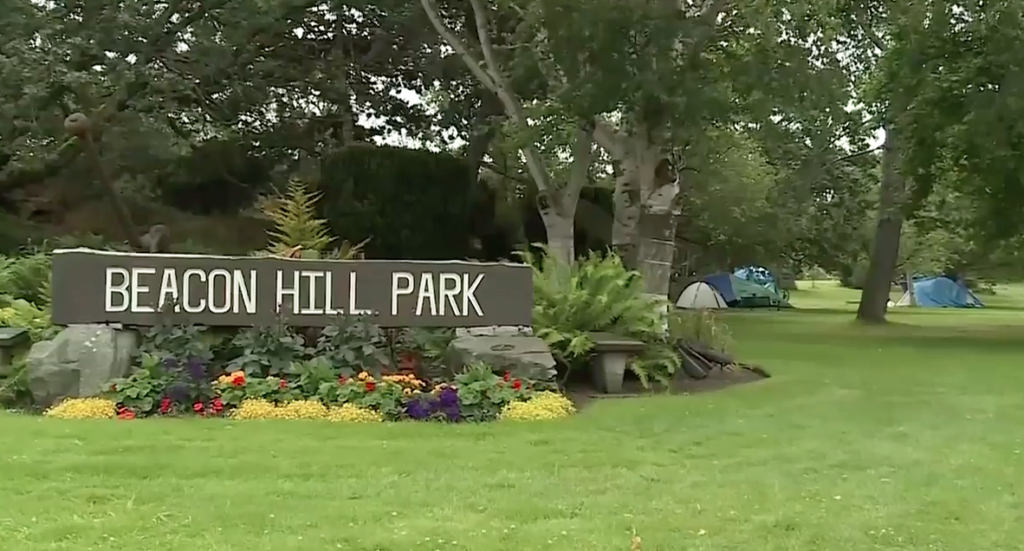 File Photo
The City of Victoria has been granted a court order that enables the enforcement of safe sheltering within Beacon Hill Park.

The City of Victoria has been granted a court order that enables the enforcement of safe sheltering within Beacon Hill Park.

The injunction will allow the city to require anyone sheltering in environmentally and culturally sensitive areas of the park to relocate to less vulnerable locations.

“This injection makes it clear to those who may still be camping in the ecologically-sensitive areas that they must move,” Victoria Mayor Lisa Helps said.

The campers in Beacon Hill Park have been given a map showing where they can and can’t camp. Anyone in a vulnerable area has 48 hours to move.

The application took nearly three weeks to be granted after it was filed on July 10 in BC Supreme Court.

“This is a challenging time for everyone, especially for people in our city who don’t have a home,” said Mayor Lisa Helps. “Nevertheless, we expect everyone to respect the court order and relocate now to areas within the park where sheltering is not prohibited. We recognize that this will make those camping more visible and we hope that as a community we can come together to get through this challenging time.”

The order means that camping will only be permitted in certain areas within Beacon Hill Park while prohibiting in places such as the Garry oak ecosystems, which are designated as sensitive under the City’s Parks Bylaw.

According to the City of Victoria, many vulnerable people have already relocated away from environmentally sensitive areas after being contacted by outreach workers or city staff.

The city describes its approach to relocating park residents as “compassionate and collaborative,” as nearly 100 vulnerable people continue to seek shelter in Beacon Hill Park amid the COVID-19 pandemic.

Victoria added in a statement that finding provincial housing supports for the city’s homeless population is still a priority.

“No one should have to live outside because they don’t have a place to call home, but in our city, throughout the region, and across the country there are countless people forced to do just that,” said Helps.

The fallout of the COVID-19 pandemic has led to indoor shelters closing their doors or significantly reducing their services. Many of the tenters currently living in Beacon Hill Park claim they have nowhere else to go.

“It’s really not much of a life at all. There’s no reality of any kind of peace of mind, it’s really a reality of misery,” said Shea Smith, a camper in Beacon Hill.  He adds that most campers would leave if they could.

“We all want housing. No one’s been offered housing.”

Despite Victoria being granted an injunction to relocate campers in Beacon Hill Park, BC Premier John Horgan feels that the enforcement should go further.

During a press conference on Monday, Horgan suggested that the tents should go, at least during the day.

“There is a bylaw in place that says you can’t camp during the day. You have to fold up your camp in the morning. Victoria’s chosen not to enforce that. Because they believe that in a pandemic, that would be ill-advised,” Horgan said.

Mayor Helps said she agrees with Horgan that homeless encampments are not healthy, however, said the city is following directives of Dr. Bonnie Henry to keep encampments in place until there are indoor solutions.

“The solution to the challenges we are facing in Beacon Hill Park, and in communities across B.C., is housing. The province is making historic investments in affordable housing in our region and we need the federal government to match that,” said Helps in a statement issued on Tuesday.

“As a city, we are doing everything we can to support these investments with investments of our own – from the Victoria Housing Fund to expediting developments and making City land available for affordable housing projects.”

Residents living in homes around Beacon Hill, as well as Victoria Police, have reported a rise in disturbances with more campers seeking shelter since the start of the pandemic.

“It’s not good for anyone when we have people living in parks,” said Helps during a news conference Tuesday.

“I think it is something we can all agree on and that’s why we are continuing to work hard every day with BC Housing, Island Health, other partners to explore indoor sheltering solutions. The work hasn’t stopped and the work won’t stop.” 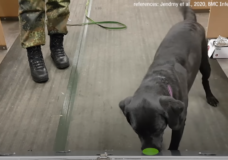 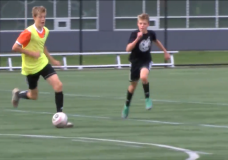