This Saturday, many cyclists will be hitting the road in Vancouver for Seattle in the ninth annual Ride to Conquer Cancer. Among the riders embarking on the 200-kilometre trek are Victoria Firefighters on “Team Doug.” Andy Neal has more.

Victoria firefighters are among the many who will set out Saturday for the two-day Ride to Conquer Cancer that will take riders to Seattle.

Team Doug is riding for retired Fire Chief Doug Angrove, who died in May of brain cancer.

Twenty-three members of the Victoria fire department, about 20 per cent of the force, are taking part in what is B.C.’s largest cycling fundraiser.

“I was hoping for ten, but I thought realistically probably five,” Team Captain Rich Fryer said.

“So I’m blown away with 20 guys, it’s pretty crazy actually.”

“Took me about two seconds to say ‘yeah, sounded like a great idea’, and I fully supported him,” Victoria Fire Engineer Todd Thompson said.

“I thought it was a great way to connect with the community and raise some funds.”

“Doug was a great human being,” Chief Vince Cullen said. He was a fantastic fire chief, a great athlete, I played a little bit of hockey with him. He was a fair man and easy guy to follow. He was an inspiration for me and many others that are here.”

So far, Team Doug has raised close to $105,000 for cancer research. If you would like to donate, go to www.conquercancer.ca and search Victoria Firefighters. 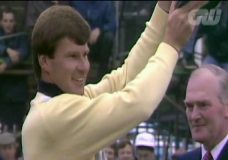 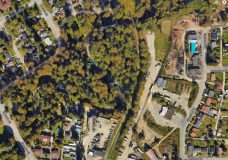