“There was just this loud boom”: One dead in James Bay apartment building fire

An apartment fire in Victoria’s James Bay neighbourhood was fatal.

The Victoria Police Department said in a recent update that a man died following a fire at an apartment building on 118 Menzies Ave., near James Bay Square, Monday morning.

Multiple residents in the building told CHEK News they heard a loud, unusual sound before the smoke alarms went off and the smell of smoke started to permeate the building.

“There was just this loud boom,” said Patrick Myletc, a tenant of the building who lives on the second floor. “Like an explosion, actually shook the walls.”

The cause of the fire remains under investigation, but police say the incident is not being investigated as a criminal act.

Police also say they believe there’s no connection to last week’s string of arsons in the area.

No one else was injured as a result of this fire and the Victoria Fire department say the building sustained significant fire damage.

“[There were] significant amount of contents in the suite, so that did a lot to the total fire load which made fire conditions a little more intense,” said Dan Atkinson, acting Fire Chief for the Victoria Fire Department.

High winds and the proximity of the unit were additional challenges in battling the blaze.

Crews were called to the Menzies Avenue apartment building at around 8 a.m. Monday and when they arrived, they found a fire burning in a unit located on the third floor.

Firefighters were able to contain the fire by mid-morning, however, parts of Menzies Street and Croft street remain blocked off.

At one point, flames could be seen shooting out the windows of the one unit while thick smoke billowed as well.

The BC Coroners Service is continuing an independent investigation to determine all of the facts surrounding the death. 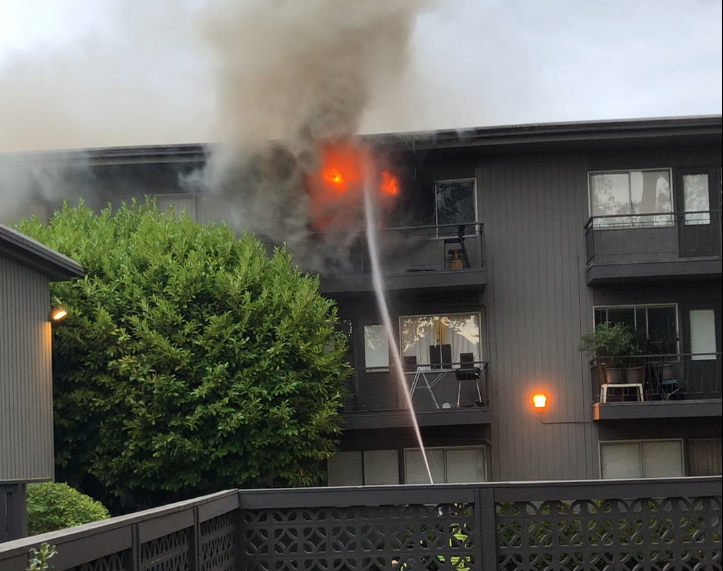 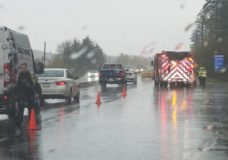 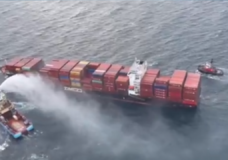