Posted: Nov. 16, 2021 6:42PM
CHEK
WatchA couple from Victoria shared their experience after being trapped between two mudslides on the Mainland. Kori Sidaway has more.

Search efforts continue along Highway 7 between Hope and Agassiz for any sign of people or cars that may have swept up in the two landslides that took place Sunday night.

But there is some triumph in this tragic B.C. storm.

“We’re driving and literally the whole highway just comes down in front of us, and then behind us,” said Finn Deschner who was travelling with his sister Lena and girlfriend Moira Hall from the Okanagan when two landslides trapped them on the highway between Hope and Agassiz.

They were alive, far enough from the landslide to be safe. Between the three of them, they had one working cellphone, but the information coming in was sparse.

“There were some vehicles that were hit by the slides and some fantastic work by Aggasiz Fire Department and Hope Search and Rescue managed to rescue some people who were trapped in the debris flow because the debris was moving quickly, the waters were rising quickly, cars were flooding, they were basically plucking people off the roofs of their cars,” said Cpt. Jonathan Gormick with Canada Task Force 1.

The next morning, Monday, a massive rescue operation was undertaken by the Canadian Forces. The 442 Transport and Rescue Squadron from Comox was deployed in high winds to help evacuate the hundreds of people stuck in between the two landslides.

“They were knocking on doors basically saying like pack a small bag, grab your car insurance, everything else gets left behind,” said Moira.

“Seeing actually like cars buried within that, seeing little pieces sticking out, made it so much more real,” said Lena describing the view of the landslide from above.

All 245 of those stranded, including Finn, Lena and Moira, made it to safety. So far, there have been no serious injuries reported.

“It is an incredible outcome, and I would say the credit for that probably goes to Agassiz Fire Department and Hope Search and Rescue for the absolutely daring rescues they made Sunday night.”

Tuesday though was a new mission: to make sure in the huge amounts of logs, mud, rocks and other debris, that there aren’t still people left behind.

“We don’t have any confirmed missing peoples or vehicles but we still have to search the area and make sure someone hasn’t gone unreported. At this point, it would be a recovery, not a rescue,” said Cpt. Gormick.

Officials hope to have Highway 7 cleared for emergency traffic Tuesday evening. There is no current timeline for when that stretch of road will open to the public, or when those who were trapped can retrieve their abandoned cars.

Those details though can wait — This trio is just grateful for their luck.

“It could have been a few minutes in either direction. We’re feeling very fortunate,” said Moira. 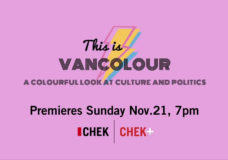 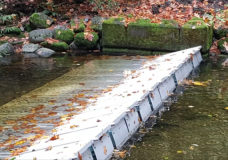