One of Victoria’s longest-serving city councillors says he’s stepping away from the role and will not seek re-election this fall.

Geoff Young has served on city council for 33 years in total, including terms between 1983-1999 and 2005-2022. In the most recent municipal election in 2018 he received the fourth-most votes of any council member, behind Ben Isitt, Jeremy Loveday and Laurel Collins.

Young says his reasons for not running again are partly personal and partly political.

“I retired from my consulting business during the last term and I’d just like to have a little more flexibility to look around at other options, maybe do a bit of travel,” Young told CHEK News on Thursday. “Council does require that you stick reasonably close to home and kind of schedule holidays around council meetings.”

Young says he’s also felt less fulfilled from his work as a councillor during this term compared to previous terms.

While all of the councillors and outgoing Mayor Lisa Helps have good personal relations, according to Young, “they have very different views from me in the direction the city should be going.”

“One of the things that’s enjoyable is the feeling that when you make a good argument, you may influence your colleagues,” he said. “And that perhaps has not happened as much during this term.”

Young said he feels council has been spending a disproportionate amount of time, money and effort on issues that are better left to other levels of government — including addiction, mental illness and to some degree, homelessness.

Asked whether he had advice for the incoming council that will be elected on Oct. 15, less than two months from now, he said: “I would say focus on issues that we can address directly, be very careful not to duplicate efforts of other levels of government,” he said. “Issues of equity and inclusion, addressing health issues, climate issues — we’re spending a lot of effort on those things and as a result some things that we should be addressing are getting neglected.”

Examples he gave of issues being neglected are public safety as well as cutting through red tape to creating new housing units.

Young said his decision not to run again is bittersweet, because while he wants to present an alternate viewpoint at council, he at times has felt like an outlier during this term.

“I am torn about this decision and its one of the reasons I waited until now to announce it, because I do feel it’s important to express those opinions and present differing points of view, even when they don’t carry the day at council,” he said. “However, it’s not very fulfilling for the person who’s doing it, and I certainly hope that we’ll see a more equal balance on council in the future.”

Two current councillors, Marianne Alto and Stephen Andrew, have declared that they will seek the mayor’s chair this fall. 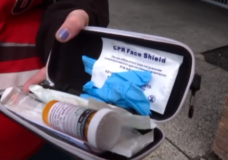 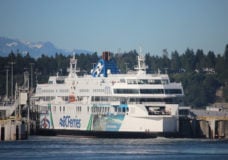