Posted: Jul. 23, 2020 6:24PM
CHEK
WatchA local barbershop is questioning the motives of the City of Victoria after being told to remove or buy a permit for its sandwich board.

The owners of the local Uomo Modern Barber are questioning the motives of the City of Victoria after receiving a visit from a bylaw officer about the shop’s sandwich board.

“Then they came in without a mask and starting lecturing me how I need to have my sign registered with the city,” said one of the shop’s owners, Steven Bailey.

After 20 years in business, bylaw officers told the Uomo Barber Shop they need to register for a $35 permit to legally keep their sandwich board, which normally sits at the corner of Cook Street and Sutlej Street.

“Don’t you have anything better to do? Isn’t the life of a small business hard enough these days?” asked Simona Bailey, the other co-owner of the hair-cutting shop.

They say the timing is strange.

“Right after a pandemic, we’ve been open six weeks now. Why is the city focusing on getting $35 out of small businesses? I don’t mind paying it, its no big deal, the timing just seems a little odd,” added Steven.

The bigger blow to the small business is that bylaw officers also said the sign would have to be moved right in front of the shop, instead of the street corner.

“At that point, what’s the point of having a sign? Because they’re already at my business. I need it on a main boulevard that’s directing traffic that wouldn’t see us anyways,” said Steven.

The sandwich board is a crucial part of the shop’s advertising, according to the owners.

“The sign is very important. Because we’re on a side street, it directs traffic towards our storefront, so just yesterday, for instance, we had two people come in because they saw the sign on Cook Street,” added Steven.

All stores in Cook Street Village were told to remove sandwich board signs until they had a permit.

“What I want from my city is if not help, at least don’t pester about this. This is silly. Come talk to me about it after COVID,” said Aviv Guy, owner of the nearby PokeFresh.

“At one point they were talking about fines. What happens if we don’t get the permit? You hear the word ‘fine’ from your city during COVID, it’s just, my hands are in the air.”

“The city is taking deliberate steps to become a more inclusive community. Improperly placed sandwich boards can present barriers for people with mobility issues, such as those in wheelchairs or the visually impaired,” the  City of Victoria told CHEK News in a statement.

With the enforcement of the permits, business owners would have to follow a guideline from the city, guaranteeing the placement of the sign would not be in the way of accessibility for sidewalks and streets.

Victoria says more changes could be made in an effort to make public spaces accessible for everyone, as “a comprehensive Accessibility Framework – the first of its kind in the Capital Region – is being presented to Council in early August 2020.”

The Uomo owners say although it is frustrating, a bylaw is a bylaw.

“If we are in contravention of the bylaw were more than happy to pay the $35 for the registration fee, what we felt is that we are in a worldwide pandemic crisis and it’s really hard for monthly businesses to survive right now,” said Simona.

For now, Uomo Modern Barber is applying for the permit, hoping the important piece of advertising can stay in Cook Street Village. 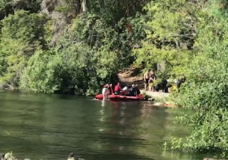 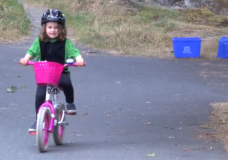