Lilah Reimer is always ready to hop on her bike and hit the road. But first, she needs her essentials.

“If Lilah’s on the road, there’s a cat in her basket too,” said Adena Reimer, Lilah’s mother.

The Victoria-born cat lover only recently discovered her new passion for two wheels.

“So she did a couple weeks of what we’d call falling practice and about two weeks ago, for the first time, she really took off on her bike,” said Adena.

Now she’s pulling off tricks including pedalling with her eyes closed and gliding with her feet situated on the handlebars.  And even when she falls, she’s quick to get back on her feet and try again.

“I was able to recover from a second transplant and have my daughter and be a dad and, you know, be alive.”

James is also immunocompromised, which means the family strictly adheres to the government’s COVID-19 quarantine and self-isolation guidelines. Lilah may be young, but she knows something’s not right.

“Lilah knows that I’m ill in general because I have to take a lot of care of myself and I have limited energy. So unfortunately I can’t be the dad I want to be one hundred percent of the time.”

But Lilah doesn’t seem to mind. She loves her dad and wanted to help her ailing father.

“When she learned how to ride a bike and declared ‘I’m a cyclist!’, we told her that she could use her new skill to help people who are living with cystic fibrosis and she jumped right on that idea,” said Adena.

Lilah, with the help of her parents, made a goal to cycle for 10 straight days and canvass the neighbourhood to raise money for research, treatments and hopefully a cure. She even made a campaign video.

“I’m riding my bike to raise money for the medicine, the cure for cystic fibrosis,” said Lilah.

Lilah has joined the annual GearUp4CF Virtual Ride fundraiser. She’s the youngest participant by far, and on day 8eightof 10, she’s already surpassed her goal of $500. Her father says he is very proud.

“Oh it just fills my heart with love for her. I mean I didn’t think I could love her more than I already do, but it’s just unbelievable her spirit and her kindness,” said James. 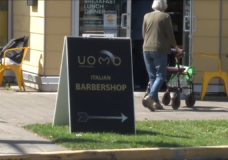 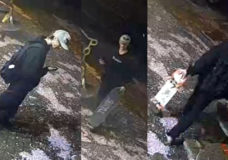