February 3, 2021 updated
CHEK
WatchThis Sunday's Super Bowl has all the makings for an instant classic as Tom Brady and the Tampa Bay Buccaneers and Patrick Mahomes and the Kansas City Chiefs go head to head. It's a must-watch, but how we watch will have to be different this time around due to COVID-19. Ben Nesbit has more.

The usual roaring crowds, prize giveaways and food and drink specials will be nonexistent at Victoria bars this Super Bowl Sunday.

The Strathcona Hotel — one of the cities biggest hot spots for the event, with upwards of 500 people streaming in for the NFL finale every year — will only be allowed just over 200.

“No table hoping, no yelling, no screaming, no great celebration of the game,” said owner Grant Olsen.

The current COVID-19 restrictions don’t allow for establishments to hold an official event for the game, the TV volume must be turned down low and people and only come in with their bubble.

B.C.’s current set of restrictions are set to expire this coming Friday and at yesterday’s briefing, health minister Adrian Dix made it quite clear that they won’t be eased ahead of the big game.

As it stands now, bars will still be allowed to show the game as long as they follow the current health and safety protocols, and they’re hopeful there won’t be a repeat of New Year’s Eve, when health officials put a list minute alcohol ban in place.

“That was obviously a bit of a hit, given that there was no warning, that was the biggest surprise for us. Hopefully, there’s no early shutdowns or anything like that get implemented,” said Penny Farthing general manager Matt Fields.

This time around, however, industry advocates are working closing with Dr. Henry’s office to ensure that there’s not another 11th-hour shock.

“Our points were that We can’t sort of on Friday wake up and say there’s no super bowl or we’re going to close restaurants Sunday, we really need to work together,” said Ian Tostenson, president of the BC Restaurant and Food Association.

“Restaurants are clearly still a safe place to be. Probably safer than our homes at times,” he added.

Tostenson also encourages those who are planning to watch from home to order take out from a local restaurant. 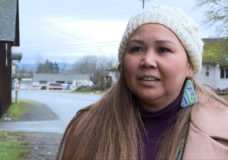