Darla Smith knew she wanted to help out members as soon as the shelter in place order was issued early last month.

“I felt lost and I felt like we’re not coming together as a community and if I feel hurt and sad about not seeing people other people must,” says Smith.

With traditional First Nations ceremonies across the island canceled, Smith made it her mission to deliver the community atmosphere surrounding those events to people’s front doors.

“I decided to just ask in general if people would match my $100 donation so I could provide fresh produce to families and share a meal even though we can’t physically sit next to each other,” says Smith.

After setting a goal of $1,000, the Cowichan community has pitched in to far surpass the original fundraising goal. So far the monetary donations alone have totaled well over $6,000.

“I just am grateful for the amount of support that comes in and all the dry goods and monetary donations that have been made to help me provide nutrition and alleviate some financial struggles for some people,” says Smith.

Since the beginning, the fundraiser has been a family affair with Smith’s sister, daughters, nieces and nephews all helping to make and delivering the care packages.

For Smith, it’s been equally rewarding to seeing the younger members of her family step up to help.

“They’re all teenagers and they’re always willing and eager to help us and so bringing them in they were quick to do the distributions and sorting,” says Smith.

It’s all an effort to bring a sense of togetherness to those who need it most.

“Yes they’re cooking it on their own, yes I’m eating dinner at my table and they’re eating dinner at home, but I feel my spirit has been uplifted just knowing that we can eat together,” says Smith.

Those interested in organizing a socially distanced drop off of non-perishable food items, toiletries, or a monetary donation, can e-mail Smith at [email protected]. 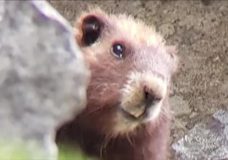 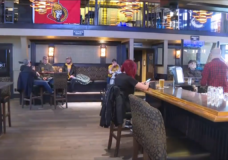