Victoria Police are investigating after an unknown man tried to convince a boy to get into his vehicle Monday afternoon.

Officers were called to the 1200-block of Fort Street shortly after 3:40 p.m after a child reported that he was walking home from school when a man attempted to coerce the boy into his vehicle.

The man was aggressively telling the child to get in his vehicle, offering him a ride home.

The boy ran away and reported the incident to a trusted adult.

The incident is believed to have occurred near the intersection of Fernwood Road and Pandora Ave.

The vehicle was last seen travelling westbound on Pandora Ave.

The Caucasian man is described as being between 30 and 50 years old, heavy set, with short blonde or grey hair, a stubble goatee, a dark tattoo on his left arm and was wearing a white t-shirt.

The vehicle is described as a dirty dark blue, older Ford F 150 with a canopy.

The vehicle may have had front end damage with a possible crack on a plastic bumper.

As a reminder to parents and caregivers, it is important to talk to your children about never accepting a ride from a stranger and teaching them who the trusted adults are in their lives.

To explain that if they ever feel scared or uncomfortable, they should get away as fast as they can and tell an adult.

Tell them that sometimes adults they know may make them feel uncomfortable, and they should still get away as fast as possible and tell another adult what happened.

Make sure they know that it’s okay to say no to an adult and to run away from adults in dangerous situations. 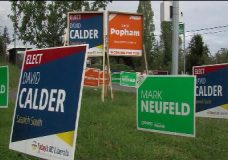 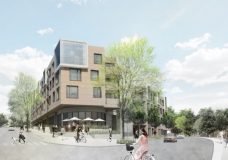